This guy is my hero, I remember reading The Cuckoo’s Egg

in high school, a true story written by him about how he caught a KGB agent hacking into the department of defence network using an Apple Mac back before there was a internet, and feeling inspired.

He has a wonderful mind and has some good things to say here, he’s also by the looks of things completely nuts, I can’t believe that after all this time (It must be 15 or so years since I read his book) I’ve put a face to the name…

I find it milldly amusing that two stumbles in a row stumbled upon gave me something to do with not being able to sit still. Especially when I’m feeling like I’d rather be running around the house than, doing work.

The first a quote by Blaise Pascal:

“I have discovered that all human evil comes from this, man’s being unable to sit still in a room.”

And the second a video by Keith Schofieled about drugs.
The video is actually a music video of a song called “I can’t sit still” by Wintergreen with the method of synthesizing a number of mind altering substances using household ingredients, you can find the original video here.
As a T-Totaler I’m don’t really condone drug use, but I find it interesting that despite the amount of legislation there is out there on this kind of stuff that it’s that easy to do.
Do not try this at home, you might kill yourself if you get it wrong.
Video after the break… (Warning it autoplays, I’ve tried to get it not to)
END_OF_DOCUMENT_TOKEN_TO_BE_REPLACED

I’ve had an idea that would have made a great movie but would in implementation probably have to start out as a comic book. Mainly because it involves children doing disturbing things.

The Idea is a cross between a Zombie movie and something akin to Children of Men, Basically at some point in the future a a contagion spreads that turns everyone under the age of 12 into a Zombie. The idea came to me after having a series of Zombie dreams last night, and I woke up with the name on my lips.

It turns out that Generation Z is the term used for people born after 2001 [Wikipedia Link] so it seems appropriate that the comic should be set in 2013 (Note the relevance to tridekaphobiacs) Some vaugue connection to the Mayan belief that the world will end in 2012 could be worked in but I think it’s a tad cliche’d and by then I think that we’ll be sick to death of movies books and films who assert the end of the world will happen in 2012.

I’ve not got much more than my first scene mapped out in my head, it involves a childrens party and one of the kids who has always been a little wierd (Maybe was only invited becuase he was the only person in the class who left when all the invites are sent out so the parents of the kid who’s having a party invite him too) any way the kid starts biting the other kids, the kids get sent home the party ends, but the infection has begun. I imagine there will be a scene shortly thereafter where the birthday boy crawls into his mothers bed, daddy is away on a business trip and couldn’t make it to the party, and eats his mom.

The father will come home the next do to find the house a mess and his kid covered in gore, enter emotional scene of the father killing his own son, calling the cops, and getting put into prison for a double murder.

Shortly afterwards it will be noted that no children have been born for a while, lots of still births etc, another idea is that getting pregenant kills the mother as the zombie baby eats her from the inside, this is a bit Children of men or Aeon Flux or whatever other post apocalyptic film/comic/book that deals with us not being able to make any more people.

The Zombie baby in the womb idea would make using birth control an aweful lot more important. And if making babies kills you then you aren’t going to try, so even if there was a 1 in 1000 chance that the baby wasn’t going to be a zombie would you risk it?

I’ve got images in my head of packs of undead children running about the streets, terrorizign people (ala 28 days later zombies they become much faster and stronger and not slow corpses)

One mechanism to get around this is possibly having the virus mutate midway through the plot so that adults turn into shambling zombies, the other slightly more disturbing idea would be for the older zombie children to mate, I don’t really like this idea very much… Having adults turned into child producing cocoons (Alien like) is another idea but not very viable unless the zombie children grow very quickly, which I assume is doable…

Main plotlines/themes will be something along the lines of:

I just wanted to come out in support of the effort of the guys down under to stop their government to apply a guilty until proven innocent law to copyright violation on the internet.

You can read more about it here: on geekzone.co.nz.

I’ve decided I want to go to The Tate again having seen this The Tate have installed a huge set of slides and it looks amazing, thier website has a 3d thing which lets you look at it or you could look at some photo’s on this site which is where I found out about it initially. 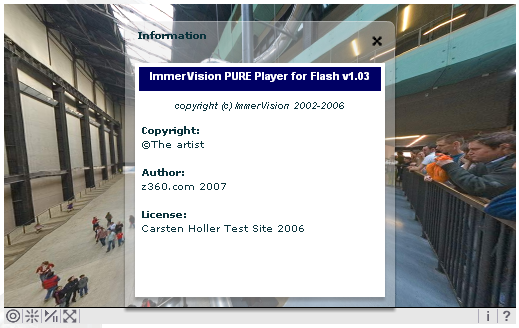 This Eerie Japanese music video has amazing visuals, I especially like the Guitar hero esque bit with the tabliture sliding accross the screen. The vocals are almost hypnotic…

The Song is called “Yukkuri Shiteitte ne!” or Take it easy, okay? and is apparently made using Vocaloid (Wikipedia link) which is a sound processor made by yamaha that will sing your lyrics for you, the voice used is Hatsune Miku, which is surprisingly a Japanese female voice. Hatsune Miku (???? or ????) translates to First sound future.

Yesterday Annabel phoned up Orange (No they aren’t getting a link) to request her PAC code, becuase she wanted to get a T-Mobile G1, the guy was lovely on the phone and he said she’d have to the code in the post in 2-3 days. Which is great.