More and more the way we find out information about things is moving online, so you’d think that the various British political parties would make use of this medium to spread the word.

I doubt that this will influence my voting, but it’s interesting to see this analysis of the websites of various British political parties websites.

Anna looks at the design coding and accessibility of the Labour Party, The Conservatives, Lib Dems, Greens and BNP. The long and short of it is that they are all rubbish. Even the ones that are well laid out are lacking in solid information, and scale badly, and the code is horrible.

Why is is that parties think they can get away with pledging stuff that everyone else is pledging but not covering any issues that people actually care about?

I has a really vivid dream last night which was a cross between Iron Man and a Jane Austen Novel… I think the dream started off with me being me writing a comic that had Iron man in it, and not knowing where to take it, I’d taken on a challenge that I had to release a 3 panel comic a day.

The comic featured a cameo of Iron Man… This somehow lead to Iron Man visiting a Georgian household with several young ladies. think Pride and Prejudice but replace Mr. Darcey with Iron Man… At some point perspective changed from me writing a comic to me being Tony Stark.

I remember that the Identity of Iron Man was a secret, and I think later the house became my house rather than the house of the Georgian ladies…

There was a long fight sequence as the person who was being set up to be the villain of the story was also courting whomever I was. It got a bit confusing from there, I remember not having access to my Iron Man Armour, but having access to an array of technological guns. Shooting the other guy using some weird Napalm Gun thing that burnt his skin, and I would assume lead to his being the villain.

The details are getting more and more sketchy as I wake up, I just wanted to note this down before I forgot it all.

Square are going back and forth with this one. Probably having noticed how much people complained about FFXIII and having seen how much money they make from anything they release that has Final Fantasy VII Attached to it’s name Square’s CEO has now said that they might remake FFVII…

By might I’m reading are working on it now. It’s a no brainer, people will buy it because it’s the most over rated RPG ever, and everyone apparently loved it. The game would pretty much print money for them. Especially since there is an entire generation of gamers that will not have played the game and won’t because the graphics are rubbish by today’s standards, who might play it if it was made pretty.

All they would need to do it refresh the graphics and port/rewrite the code. Boom millions of monies in their pockets they can waste on another MMO that no one will buy. 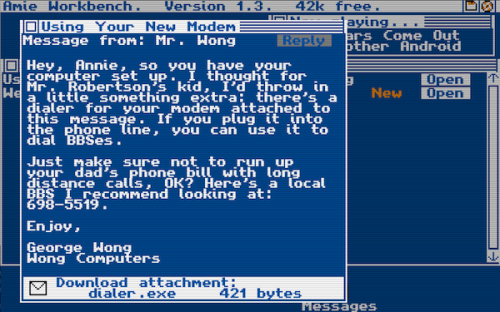 Digital a Love Story is a game that borrows it’s UI from the days of the Amiga. The Games UI looks like an amiga workbench circa 1988 or so, you have just received a modem and you have to dial into BBS’s to gather information. Eventually you have to hack the phone system to get free long distance calls, all in your quest to do something… I’ve not played this game but I like the retro vibe of the concept.

A Computer Mystery/Romance Set 5 minutes into the Future of 1988.

I can guarantee that at least ONE of the following is a real feature:

Via The Independent Gaming Source. 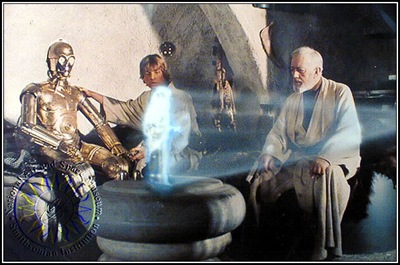 Was going to go down to the River to take a photo but couldn’t be bothered so I took this photo of a candle.

It’s lit from the side by an LED flashlight hence the blueish tint. I was walking home from the office and saw the colour of the sky and thought it would make an amazing photo.

I’ve taken several variants of this some using my fish eye filter, but none turned out as good as this one.

I got accosted by a random Glasgow Drunk who tried to tell me where I should go to take photos. He made me take his photo. I’ll upload it later… Took a picture of me playing Final fantasy XIII in my living room from my point of view using my fish eye lens and strapping my camera to my head using my Joby Gorilla pod. Take camera set to long exposure shake camera about. This one turned out better than the ones where I spun the camera. It evokes a fair ground atmosphere to me.