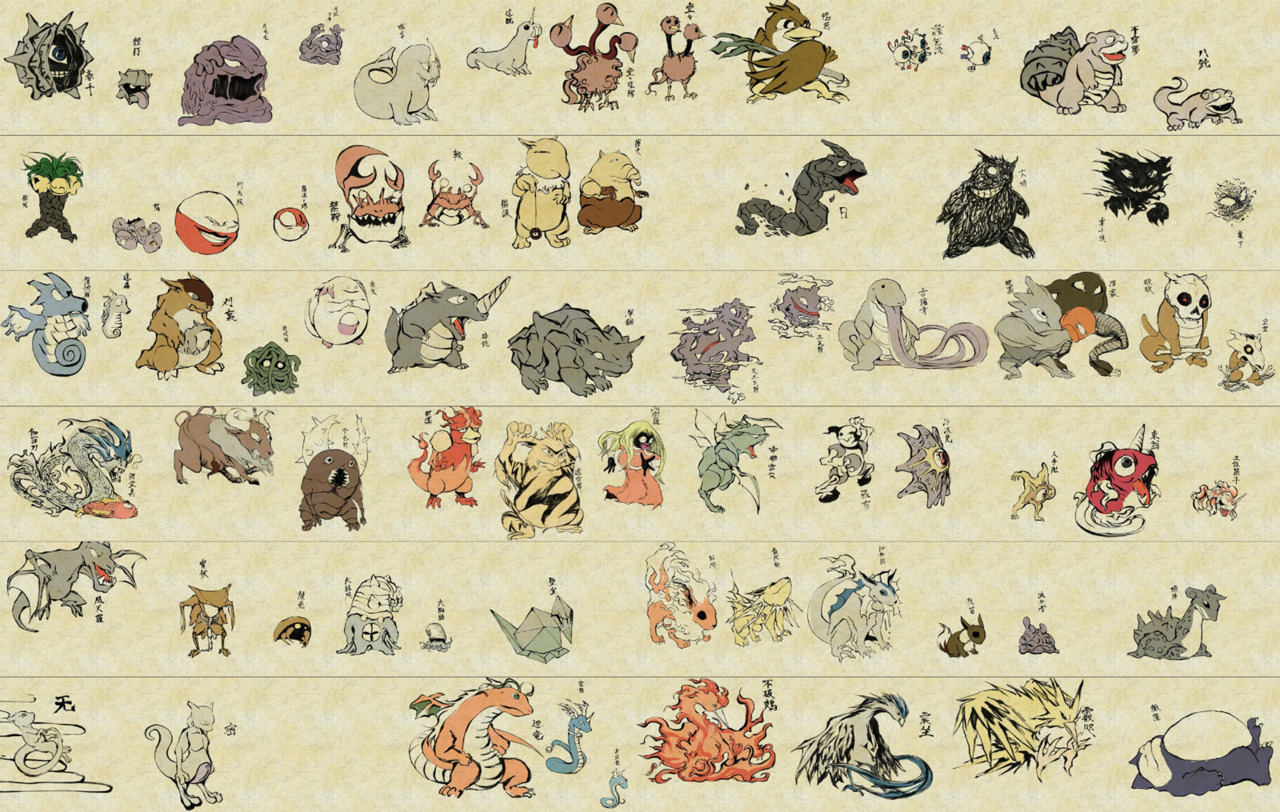 I’ll admit that I’ve never really gotten Pokemon, I played Pokemon Pearl or Diamond for a while on my DS and it was just tedious. I do like the mythology behind it though, I like the concept of Pokemon and I’m impressed with the creativity that goes into creating how ever many  Pokemon there are (646 apparently).

I also like traditional Japanese art and am fascinated by the mythology that goes behind them. That is probably why I like these two images by Japanese artist “Nojo”  (Page in Japanese). It reminds me of the Kakidan Ekotoba monster scrolls I’ve seen linked to before. I actually think I prefer these Pokemon designs to the original Manga/Anime versions… 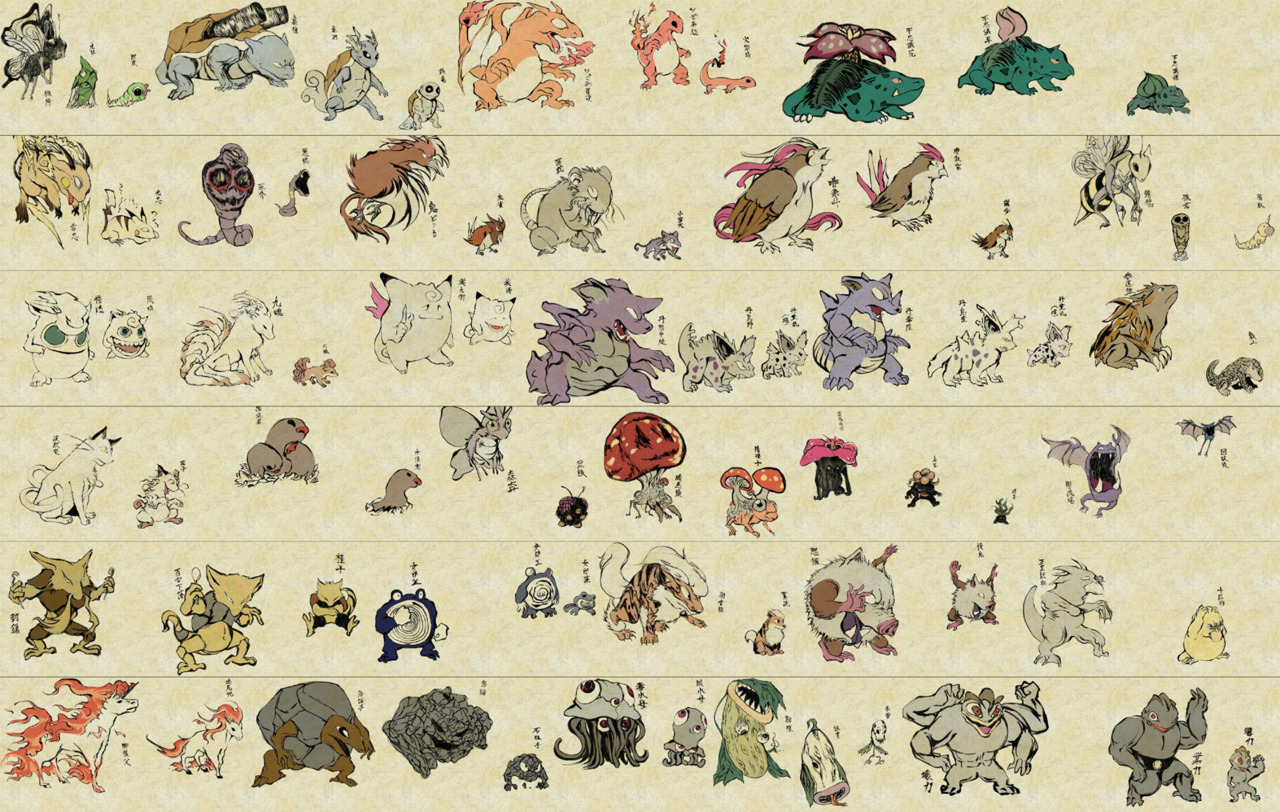