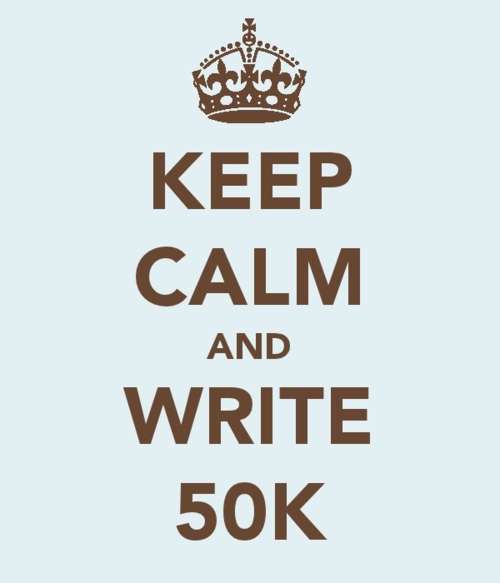 One thought on “Keep Calm And Write 50K”