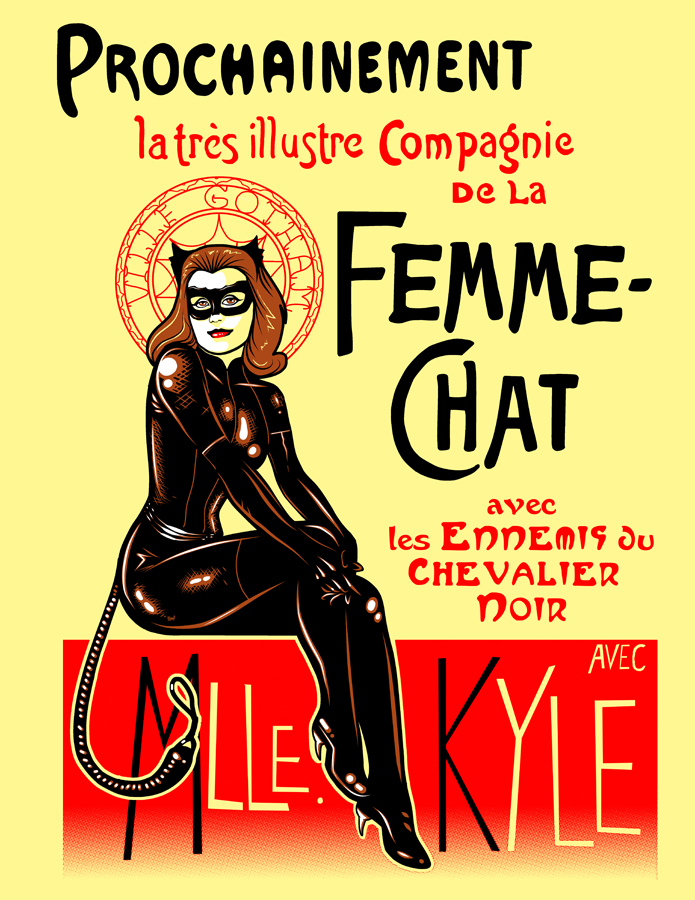 These three images by NinjaInk mix the Chat Noir poster with Cat Woman and Black Cat, they are ostensibly the same image, with the heads changed and with other minor modifications. Also Below is an Advert for Selina’s Nails a hypothetical Nail Salon. 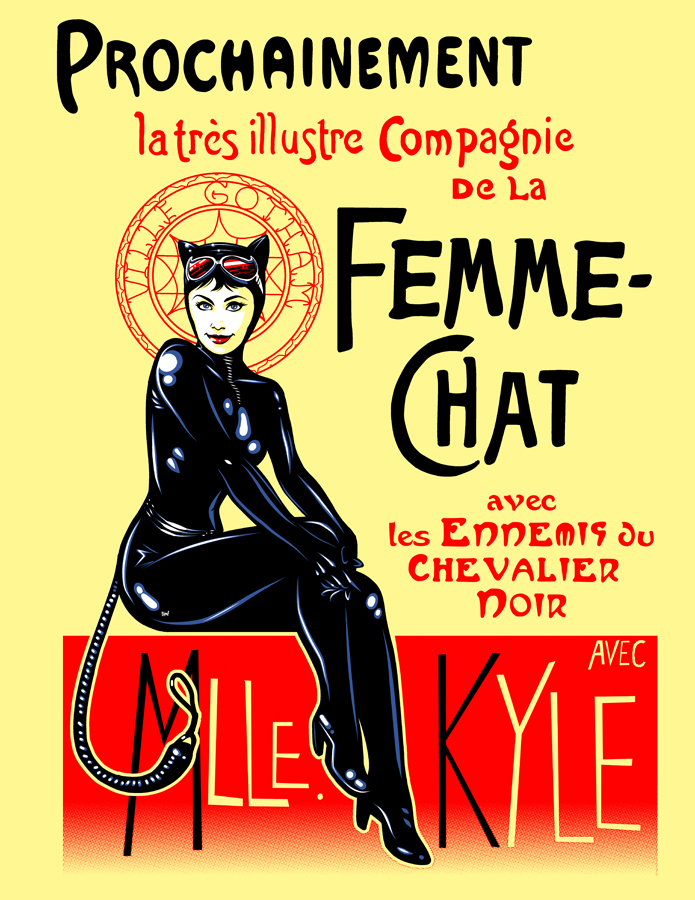 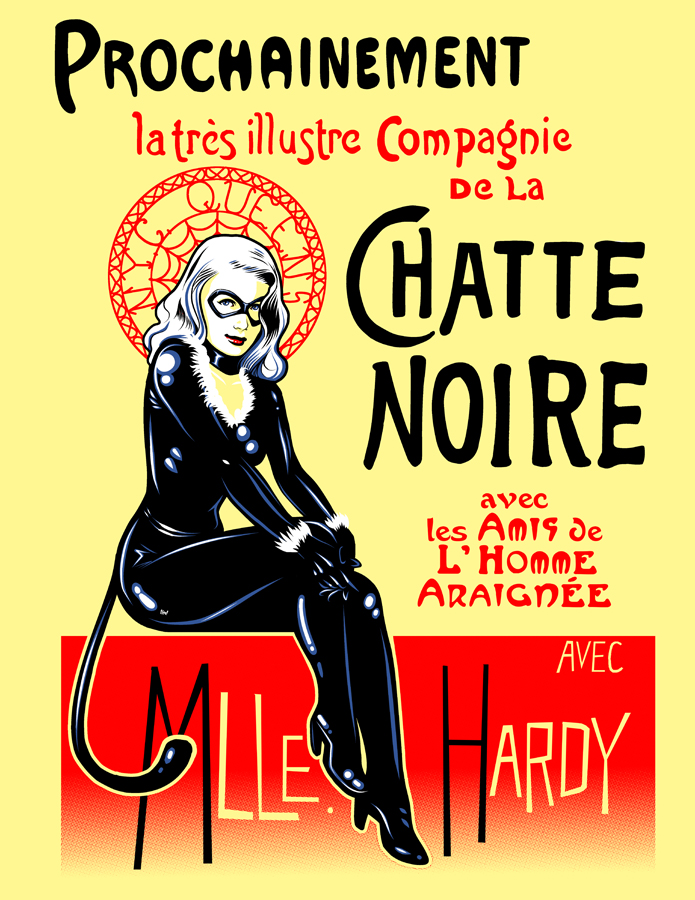 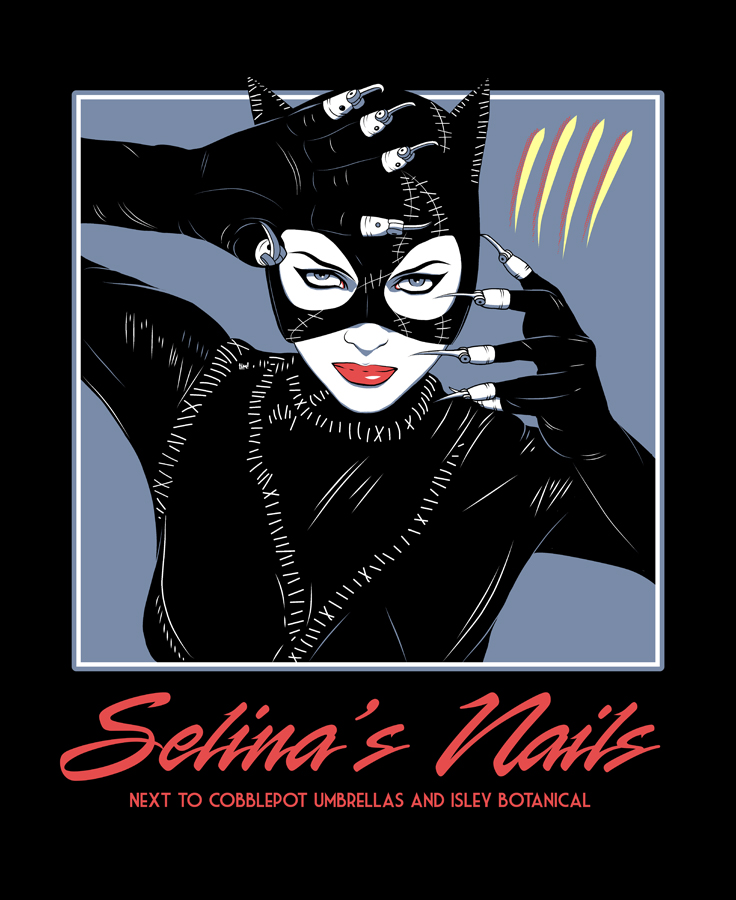 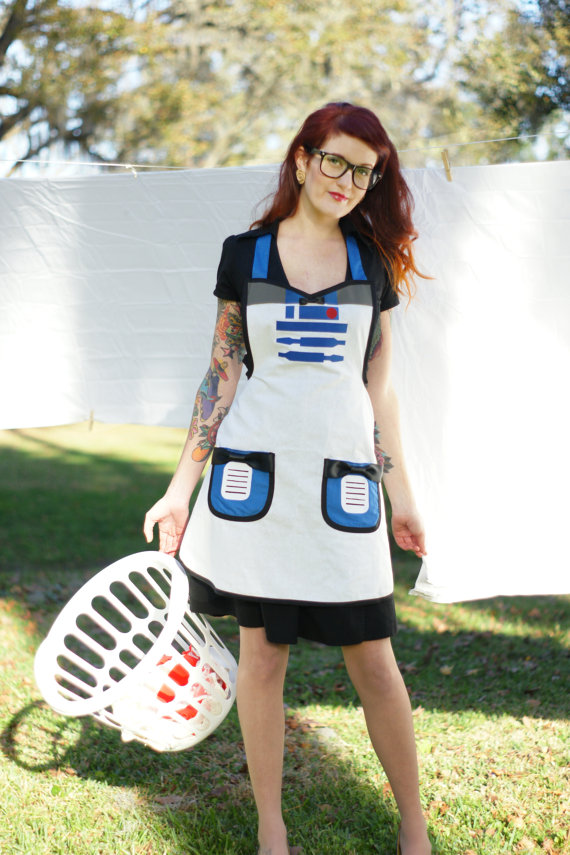 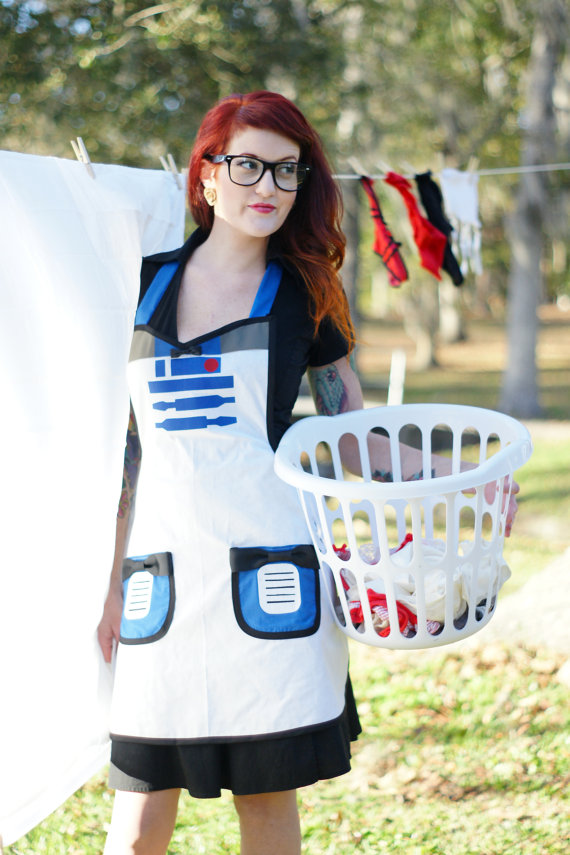 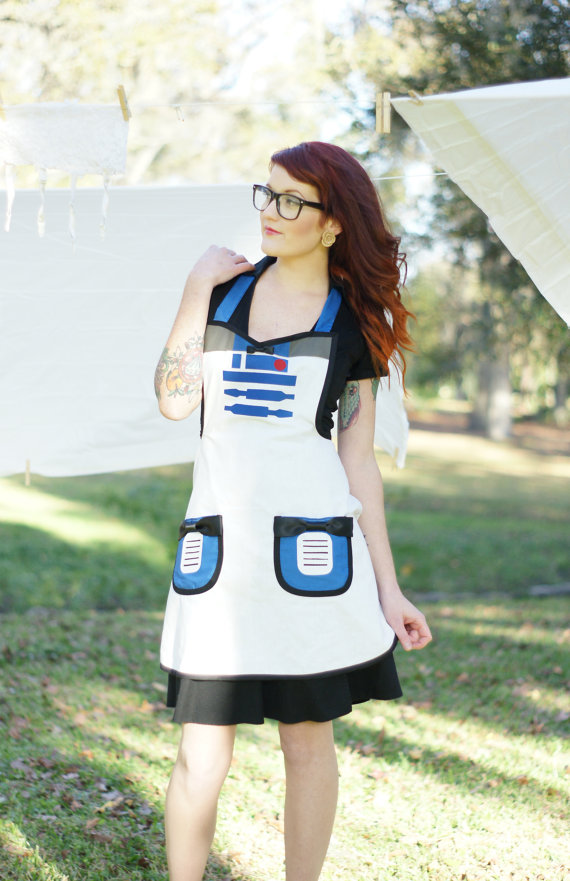 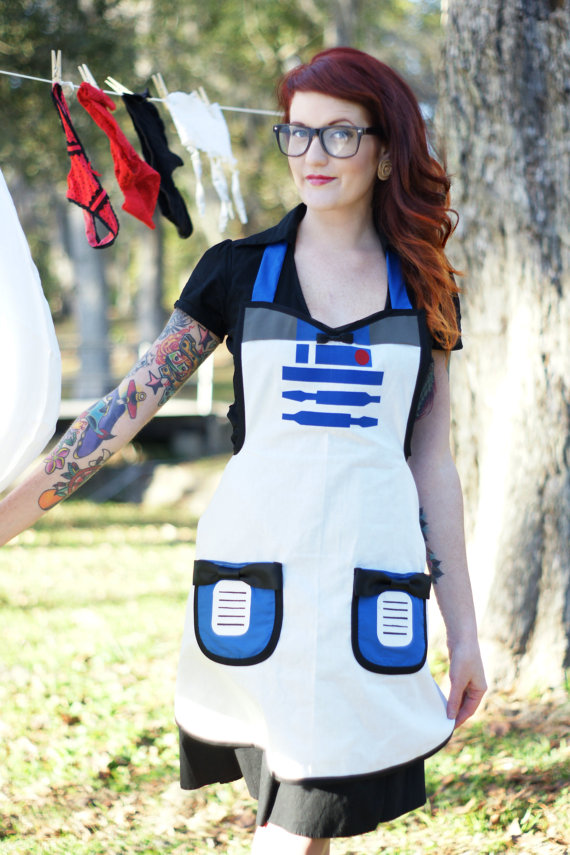 The Above R2D2 Apron is just one of many Geeky Aprons available to buy at Haute Mess’ Etsy Store you can also get Darth Vader, Harry Potter and Wonder Woman Themed ones. I’m not sure if the intent is for them to be used on a daily basis though, they do mention cooking a cleaning in them but the emphasis seems to be on photo shoots and entertaining whilst wearing them, here are a few more samples:

I did say yesterday that I had seen a couple of images on NinjaInk’s page that I wanted to blog, here are some Nouveau images of classic kids TV shows (and Samus from Metroid and I think a Twilight Zone inspired one) each image links to the deviant art page for the image. 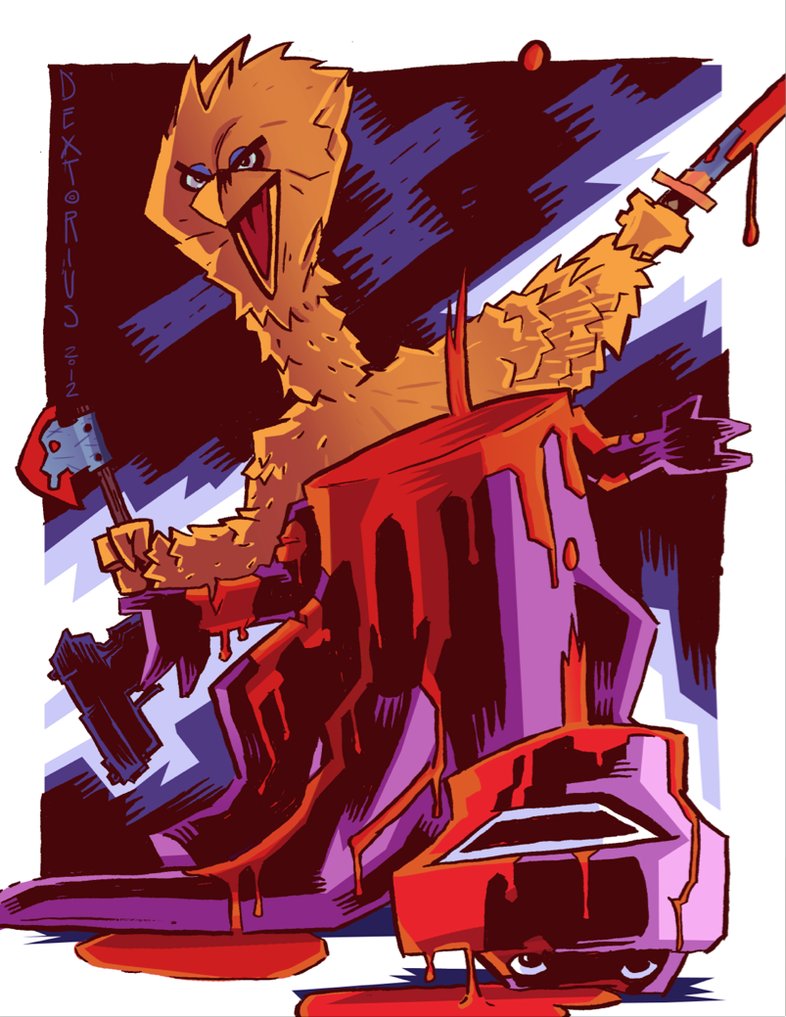 I am I think a little to old for Barney to have been a part of my childhood, but I’m just old enough for him to have been about while I was in school, for some reason I really hated Barney when I was a kid. I had a screen saved installed on my Mac called Barney Blaster, which consisted of Barney Blowing up in amusing ways, I also remember having a game with the same name which allowed you to kill Barney with a variety of weapons.

That’s why this image strikes a chord with me, Big Bird Vs. Barney by deviant art user Dextorius shows as you can see Big Bird, who incidentally was on of my favourite characters in Sesame Street second only to Mr. Snufflupagus, and only a little bit ahead of Oscar the Grouch, beheading Barney.

What’s not to love?