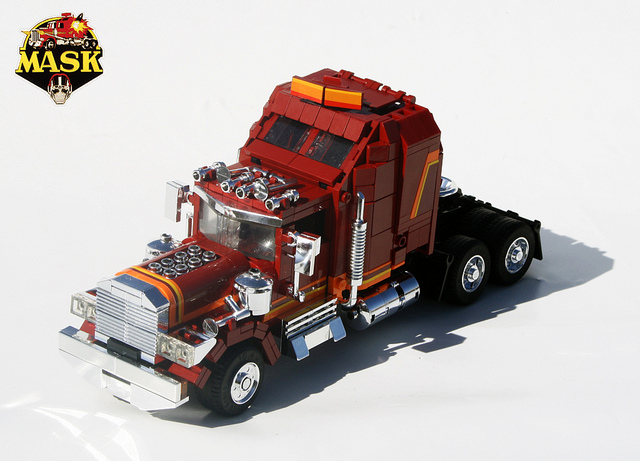 What do you do if you can’t get real M.A.S.K. Toys? Make them yourself! Out of LEGO! WITH YOUR TEETH! Blind folded! Underwater! In the Dark!

I don’t think that’s the story behind this Flickr Set of M.A.S.K. Lego models but in my mind some impoverished kid made these because his parents refused to but them. I’m sure that my story is much more interesting than the real story which is that a 30 something guy with too much time on his hands made them…

I have to give the guy some credit, his Flickr name is Orion Pax, which as we all know was Optimus Primes name before he was damaged by Megatron so he could be rebuilt to lead a revolt against the Quintesons… You knew that right?