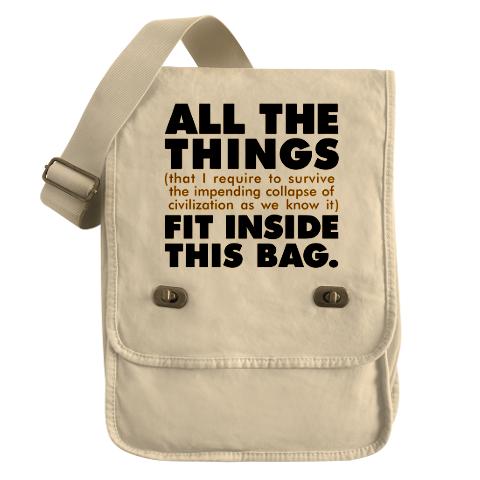 Or you know a Zombie apocalypse… This little bag available in khaki or yellow is printed on demand by CafePress.co.uk or CafePress.com put all the things you need to survive the collapse of civilization as we know it, you know like hand cream, soap and nail clippers…

It’s a little small I’d maybe like if on a messenger bag, I think it’s meant to hold a tablet PC/iPad or netbook rather than tools that will help you survive the impending end of civilization…

On an unrelated note I discovered that changing the .com to .co.uk on cafe press gives you the same product but available in the UK which is refreshing. I guess that’s one thing that’s nice about print on demand stuff rather than specially manufactured things.

On another unrelated note here is a picture of a dodo… 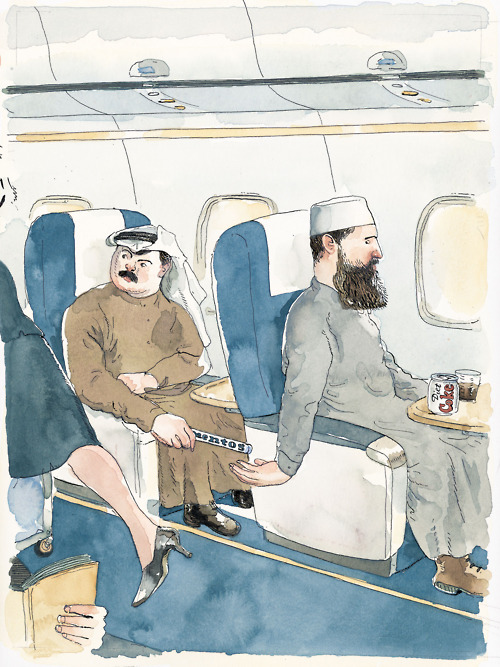 Al this time they have been stopping people from taking liquids aboard planes when the real threat was Mentos! They will even give you the Diet Coke!

Via this isn’t happiness