I didn’t plan on watching Google I/O yesterday, but I’d hit a lull in my code when it was about to start and I’m really glad I did.

I think the best way to look at Google I/O is to contrast it with an Apple Keynote, Google announced or built upon a lot of services that Apple provide to iOS users:

Among others, but the crucial thing is that at no point did Google say that any of their new services were exclusive to Android or Chrome.

Google and Apple are both service and hardware vendors, they both sell you an ecosystem, an experience. But the difference is where Apple’s ecosystem is focused on providing services that lock you into their hardware, Google by contrast sells hardware that allows you to take advantage of their ecosystem.

By contrast Apple need you to buy an iPhone, they don’t care if you use Apple Maps, Google Maps, Bing Maps, Nokia Maps, or even the Open Street Map Project. They want you to use those services on their shiny shiny devices, because they get a cut of any revenue made from apps on those devices.

One thing that I think gives Google the upper hand is that the cost of entry into their ecosystem is much much lower, and it doesn’t tie you to a particular device manufacturer. I can try GMail out on my iPhone and use it as my primary email, move to the web, or get an Android phone, it doesn’t matter and it’s free for me to do so.

If, however I want to try out Apple’s ecosystem, I HAVE to get and iPhone, iPod Touch, or an iPad all of which are expensive purchases. Apple only makes money if I fork out money for the device, given that once a user does get an iDevice they get locked into the ecosystem and most will find it very hard to migrate to another device, but that initial barrier to entry is fairly high.

Personally I think that it’s more likely that Google’s model will prevail in the end. The thing is that’s not going to stop me from say buying an iPhone, because even if I did I know I can take my Google services with me.

I know that this totally ignores Windows 8 and BlackBerry but there is a whole other blog post in that.

What do you think? I am completely wrong? 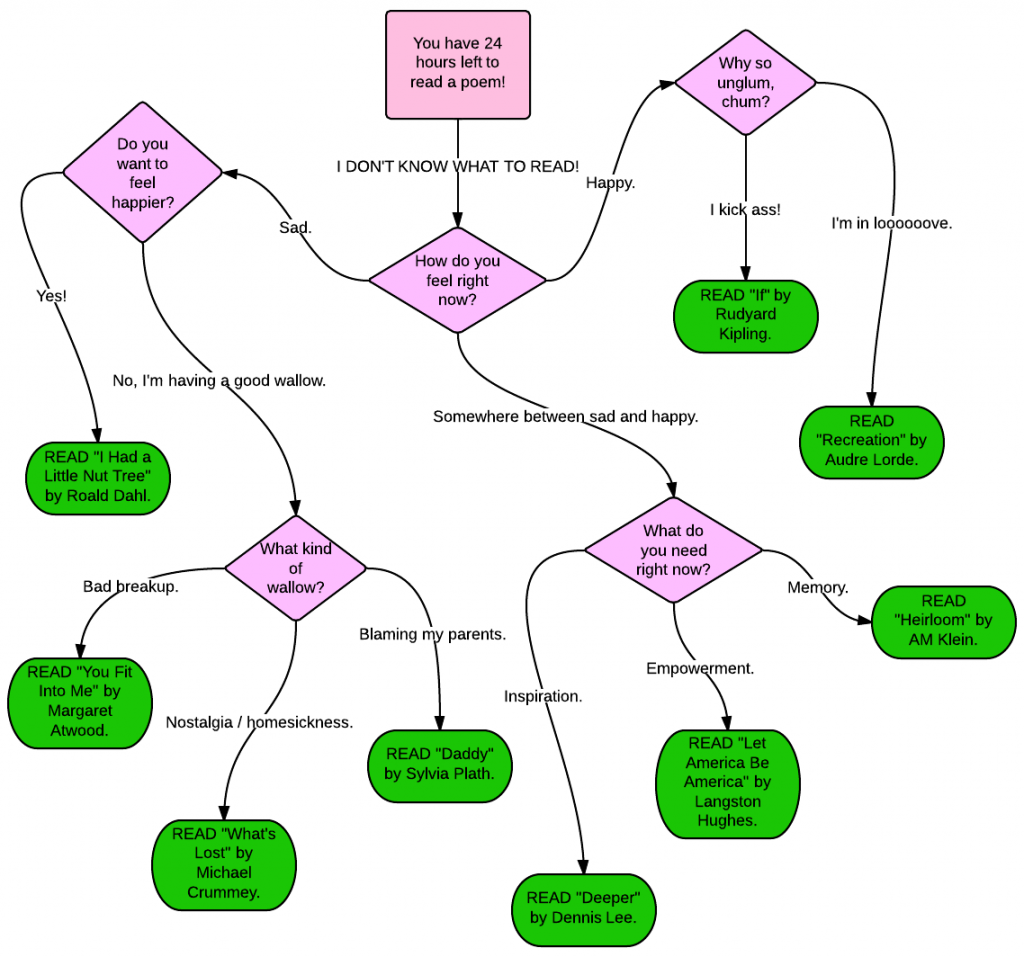 Want to read a poem but don’t know where to start? Book Riot have you covered. This flow chart will help you pick a poem to read to suit your mood.