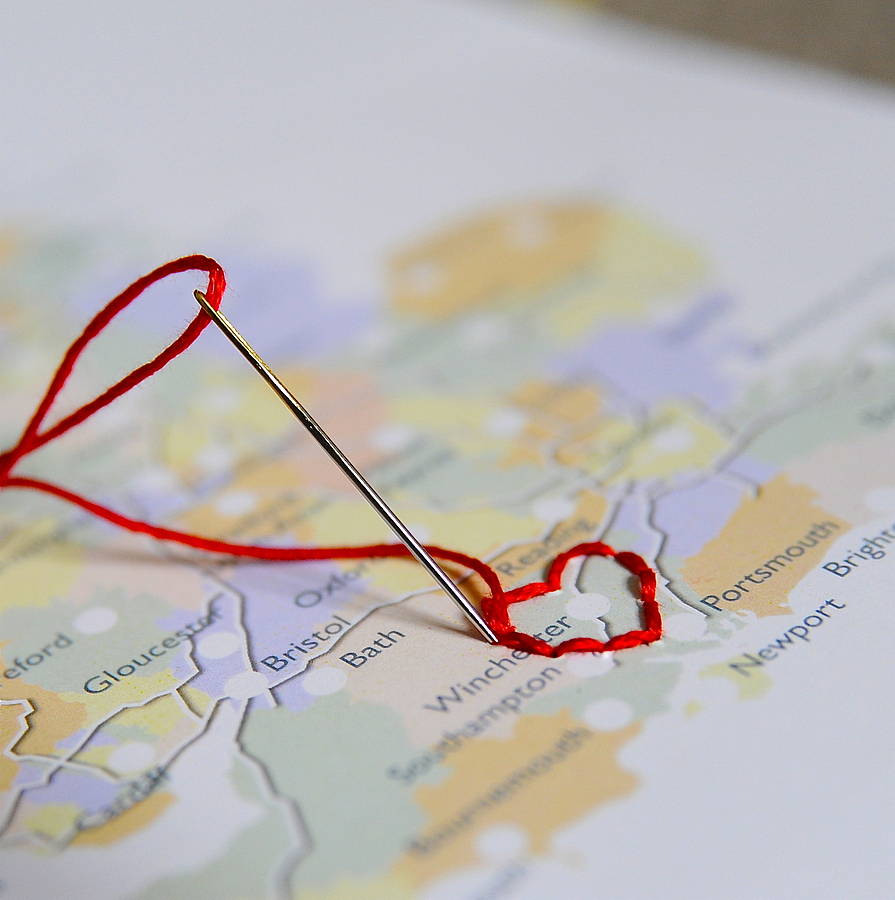 I love the cocept of this map available from Not On The High Street, you get a beautifully printed map of either: The UK, Ireland, Europe or the World a bit of thread and a needle, and you have to stitch your journey onto the map. It’s like traveling by dotted line in the comfort of your own living room!

This is a great idea for people going on one of those adventure of a lifetime trip around the world things, or a gap year, or just hopping around Europe on an inter rail pass. I’m surprised there isn’t one of the US given the propensity for people to go on road trips in the US. It shouldn’t be too hard to get one made though.

If I did this I’d probably use different coloured threads for different modes of transport, planes would be green (The irony of this colour choice it not lost one me), car journeys red, boats blue and trains some other colour (grey?).

Alternatively you could buy a different coloured thread for each holiday you go one and slowly turn the map into a tapestry of colour!

I might have to go on a trip around the world just so I can fill one of these in. I like this idea so much more that I like the maps where you scratch off the countries you have visited, mainly because it highlights where you have actually been rather than just the countries you’ve been to. 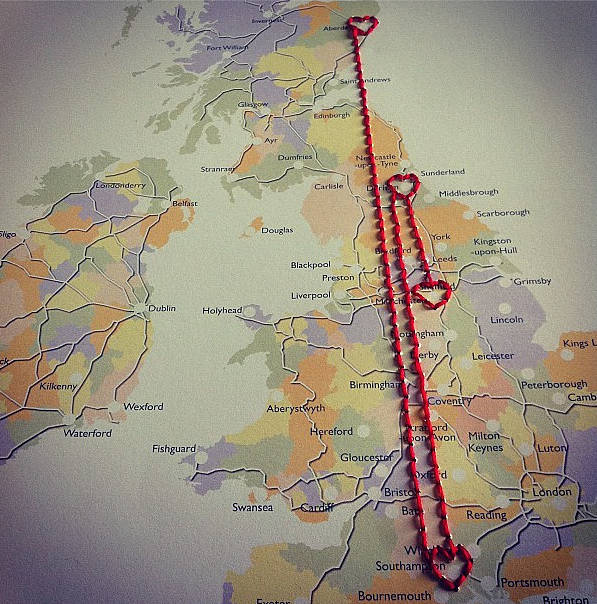 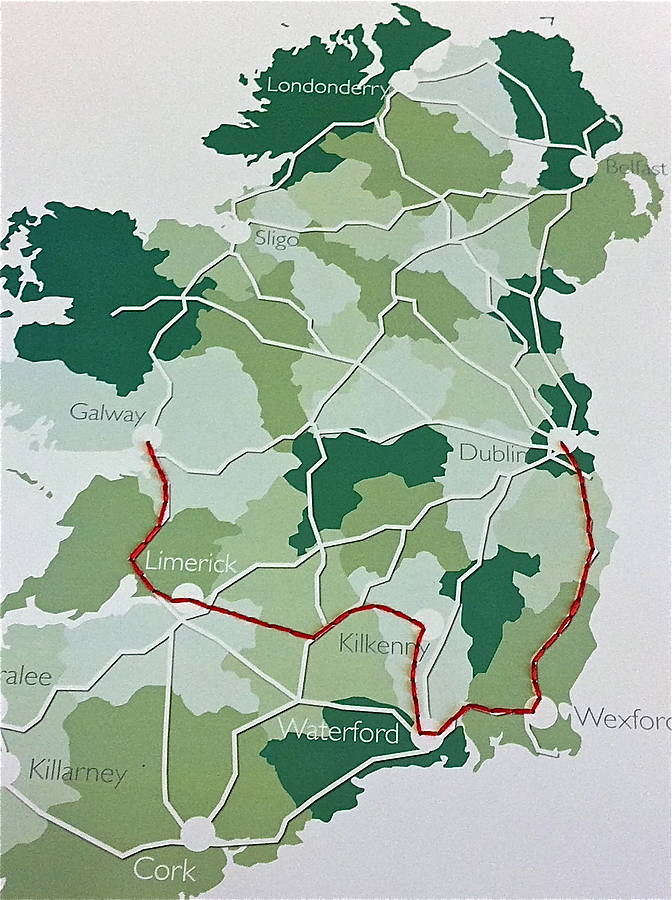