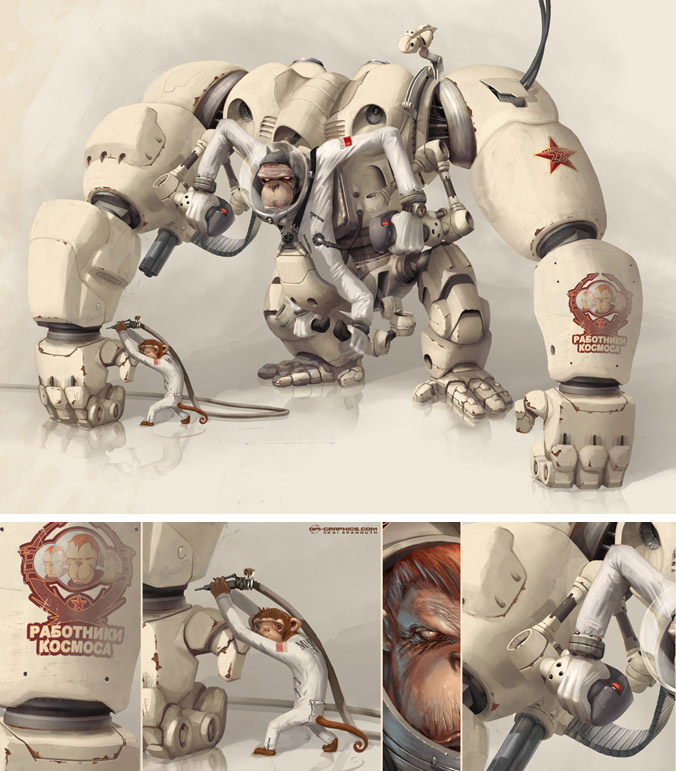 I absolutely love this image of a chimp in a suit of Mecha Armour. It’s by an artist called Kai Spannuth, I can’t find very much info about him aside from the fact that he is from Germany.

I know that he has a Deviant Art Page and he also has profile page on CG-Society as well as his own website.

He also creates a series of art called Roughneck Rabbit’s Fight Club which is where the above image comes from, it’s apparently called “Activist-23”.