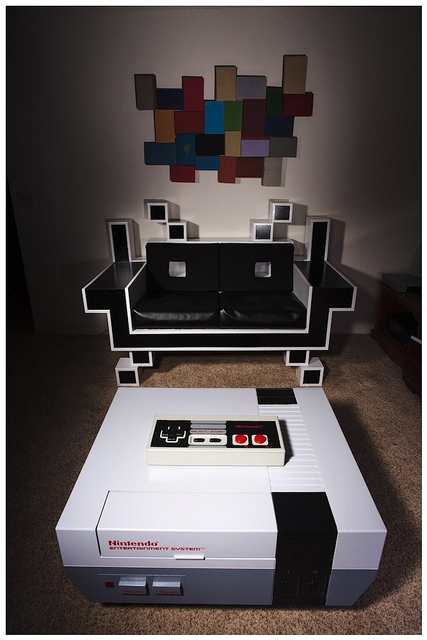 This is awesome, I want one, there is an entire gallery of images of the table over on Matt’s Flickr. 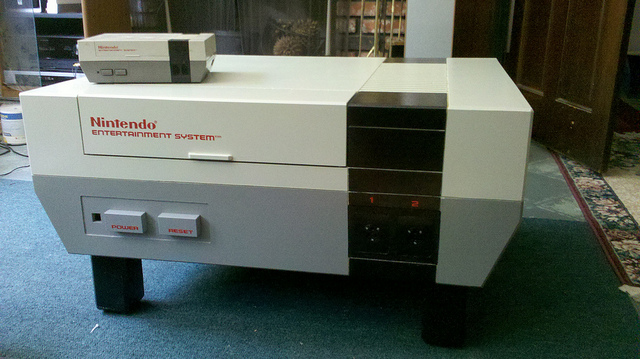 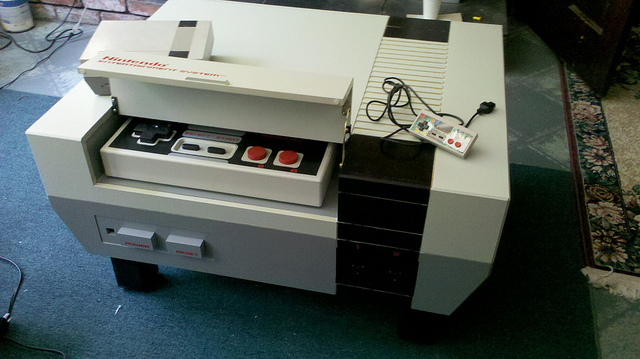 I think he has it wired up with his cable box inside, the controller ports are actually power sockets so he can plug in his laptop and the back opens up so he can reach the back of his cable box and whatever other gizmos he has in there.