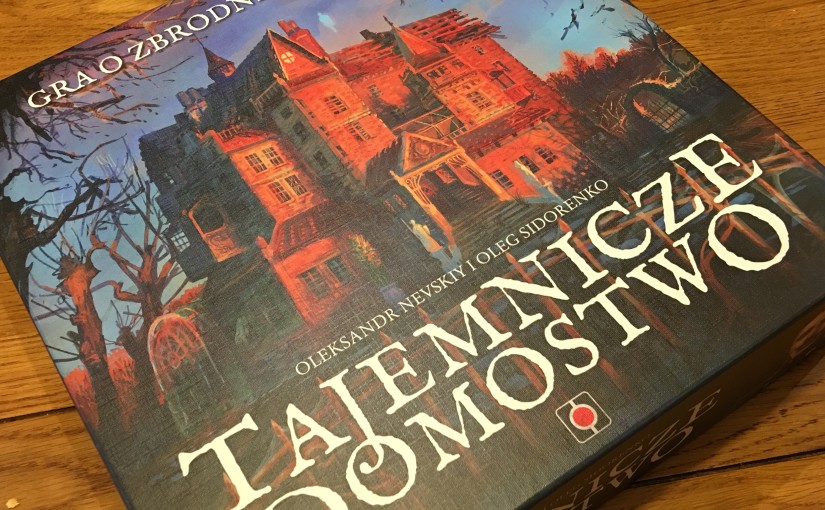 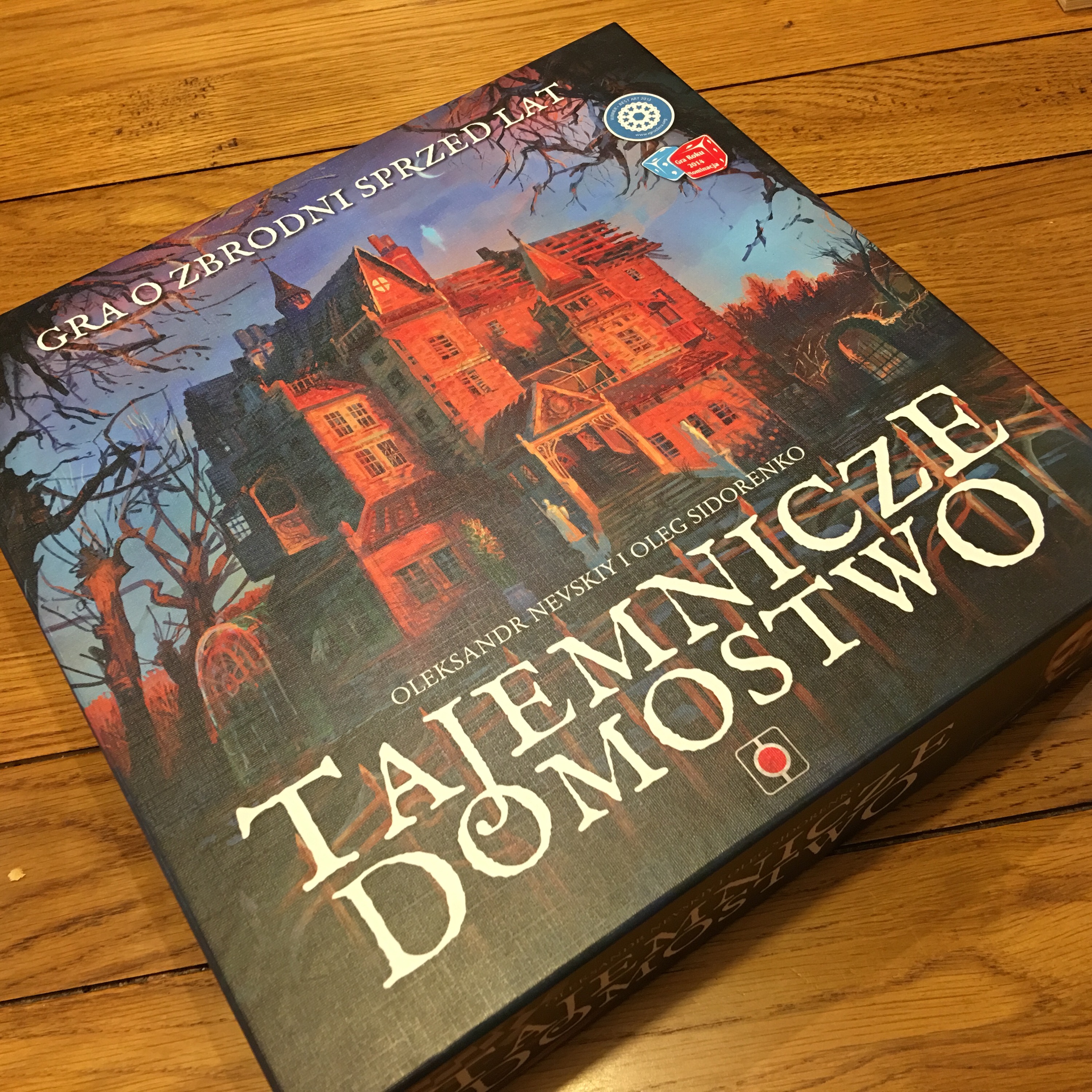 There aren’t enough cooperative asymmetric boardgames, especially not ones that feature a silent ghost trying to give players clues by means of cards with completely abstract art on them.

If you have ever said that to your self then Mysterium is the game for you… Before I start lets talk about the elephant in the room, you may have noticed that the title of the box in the image above doesn’t say Mysterium, it says Tajemnicze Domostwo, which is apparently Polish for “Haunted House”, the reason for this is that Mysterium doesn’t have an English edition, yet…

There is an English Edition on the way, and it will have some improvements / slightly different game mechanics, but as far as I’m aware it doesn’t have a concrete release date as yet. The thing is, that doesn’t really matter. Mysterium has not text in it, apart from the rules which you can get a translated version of over at Board Game Geek.

The story of Mysterium is that there is this house on the outskirts of Paris, and 100 years ago someone was murdered there. The wrong person was put on trial and executed for the murder and they have haunted the house ever since. In an effort to appease the spirit the owners have called upon the worlds foremost paranormal investigators to spend a week in the house to try and figure out who the real murderer was and put the spirit to rest.

Mysterium plays like the bastard child of Cluedo (Clue) and Dixit, but it’s better than both put together… One player plays the ghost, the other players play the paranormal investigators. Over the course of 7 rounds the players have to figure the circumstances under which the murder took place and who the real murderer was.

This is done by way of visions that the ghost player gives each player, the visions are large art cards, which are very reminiscent of the cards from Dixit, each player is assigned three cards in secret:

The players have to first figure out the what their assigned person was doing, then where they were doing it, and finally who they actually were (I think the new English version changes this order) based on the vision they were given by the ghost. Discussion is allowed among the investigators who can assist in interpreting the vision, but at the end of the round each player has to chose what they think the ghost was referring to with the vision by putting their token on it.

Once all the tokens are placed the ghost is allowed to affirm or reject the investigators guess. If an investigator guesses the correct item they then have to guess the location in the next round and then the person when they have guessed that.

The interesting thing about Mysterium, are first that the Ghost isn’t allowed to communicate with the investigators in any shape of form apart from giving them their vision for the turn and telling them that they guessed correctly or incorrectly at the end of the turn, this leads to a lot of frustration and hilarity on the Ghost’s side because the vision cards are so vague that most of them could literally mean anything. Trying to keep a straight face and not yell at the investigators for being idiots when one immediately guesses the correct card but is then talked out of it by the other players if really difficult

The vision cards are beautifully  illustrated, with tons of elements that you can use to try and hint to the players, the thing is not everyone see’s the same thing when they look at the cards, in fact it frequently occurs that a player will point something out on a card that you never noticed, for example one of the items is a clock, it was multiple play throughs in with 3 three different groups before a player to said they thought that the vision was eluding to the clock because there was a mermaid on the clock, none of us had seen the mermaid up to that point… 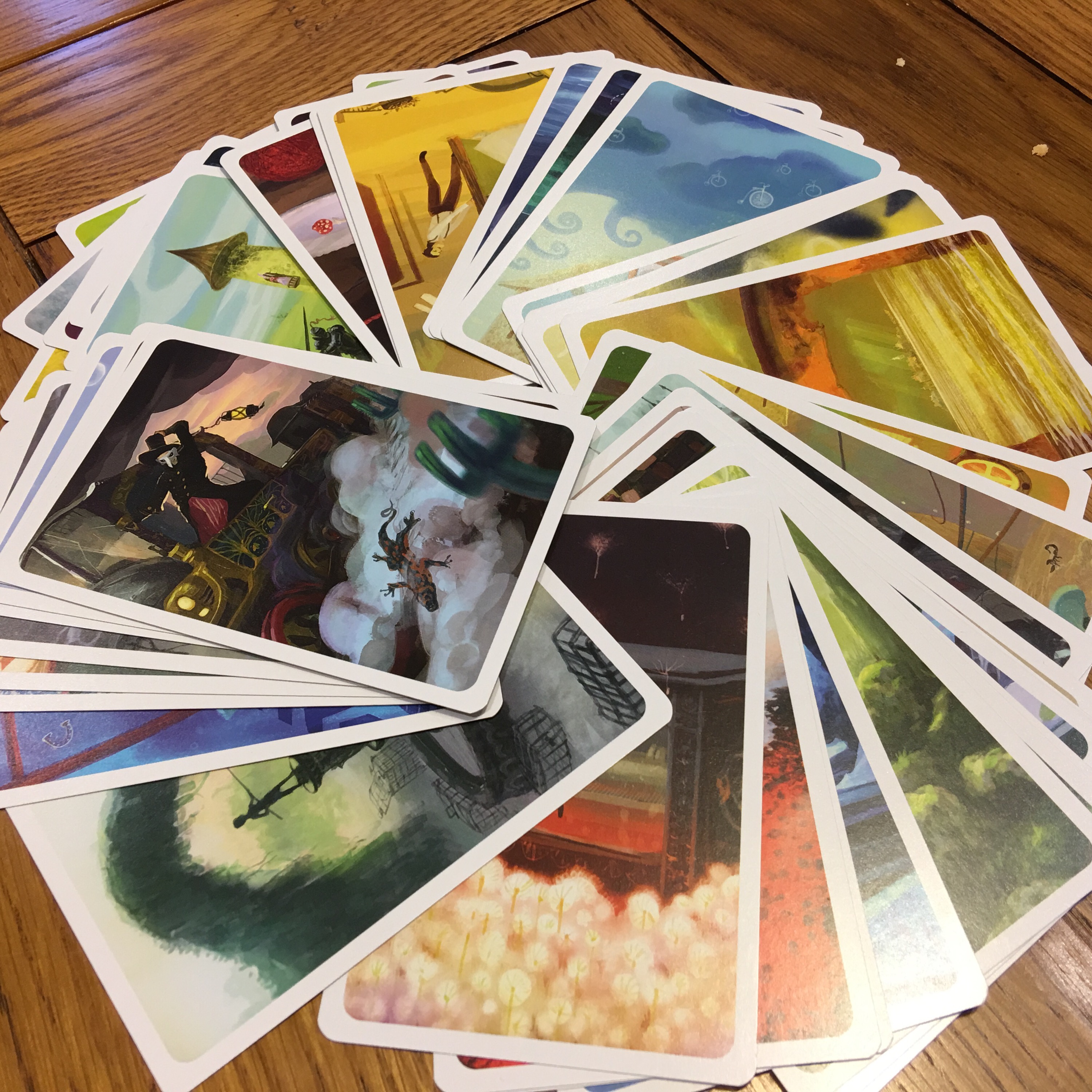 Being the ghost is really fun because you essentially know what is going on, and you have to think laterally to try and pick visions that will guide the players to pick the right cards, however, given how bonkers some of the cards are you will get a lot of abuse from the players for picking cards that in their eyes have nothing to do with what they are trying to guess, or worse cards that are blatantly telling them to pick the wrong one, the thing is you can’t defend yourself until the game is over, you just have to adjust your card choices the next turn to line up with the different players’ way of thinking.

With one group we played a game where I was the ghost for the first game, one of the investigators spent the whole game incredulous at my choice of visions, I was “Clearly doing it wrong” because nothing I had played made any sense. That player was the ghost in the second game and they saw quite how difficult it is to guide a bunch of players with only a limited number of really abstract cards. 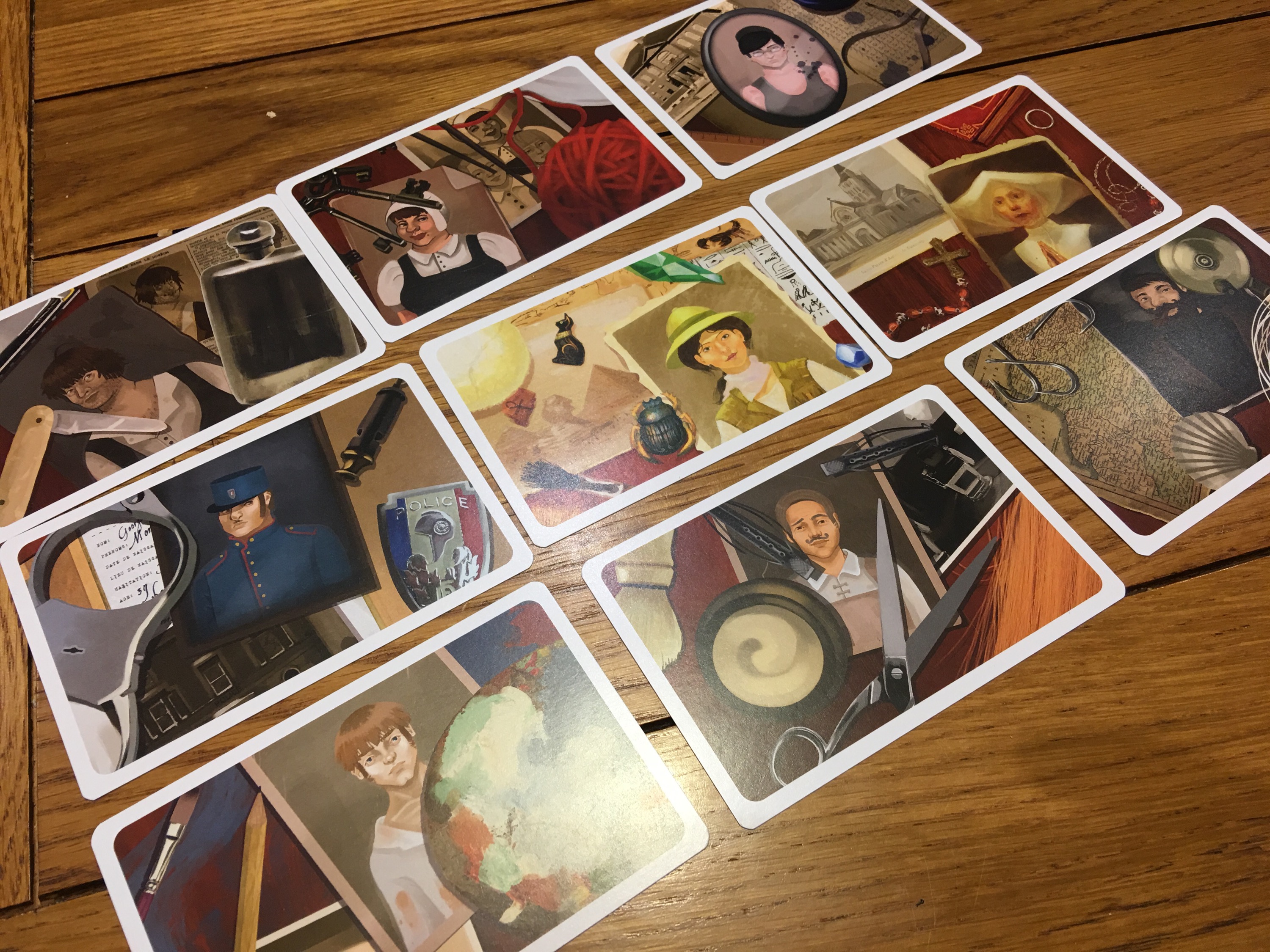 I genuinely love this game, it looks nice it plays well and it gets your brain going. It also works well for anywhere from 2 to 6 players.

The English version should be out later this year, it changes the setting to a Scottish castle, adds a screen for the ghost to keep his cards in order and hidden, and changes some of the art. To be honest it is probably worth waiting for the English version just for the screen, but the game plays really well as is and you don’t need to speak a word of Polish to play the Polish version.