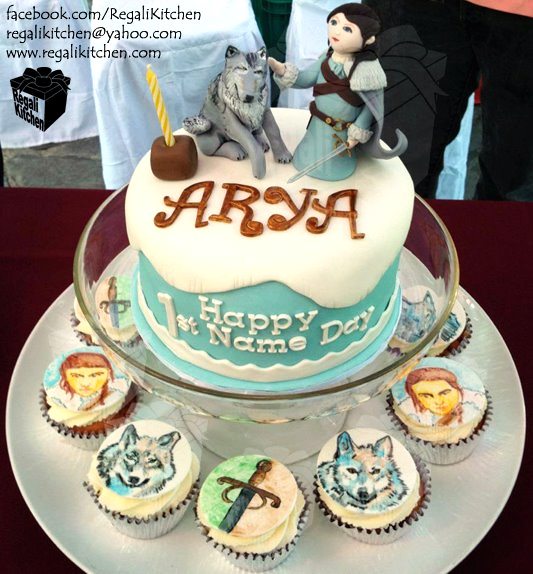 If you are enough of a fan to name your firstborn after a character in a book series then you are geeky enough to have a cake for their first birthday themed after that book series. This cake was made by The Regali Kitchen for a little girl named Arya (Presumably not Stark that would be too cool). Arya is easily my favourite character in the series (Sorry Tyrion) so I heartily approve of this.

Also Check out these Song of Ice and Fire Themed cupcakes also by The Recali Kitchen.

Via Geeks Are Sexy