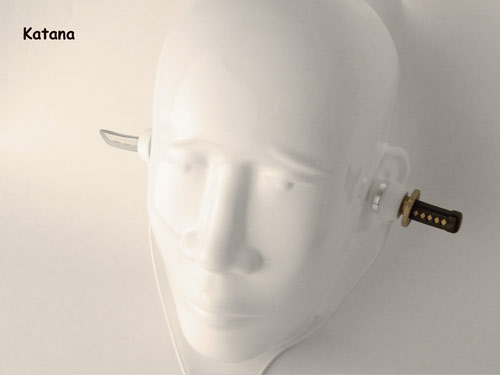 I’m not one to describe things as being “Crazy” lightly but in this case that is actually what these headphones by Japanese Company Solid Alliance are actually called. At first thought you’d think it might be quite cool to wonder about looking like your cranium had been skewered by a roaming ronin (Who for some reason decided not to reclaim his sword) but thinking about it, these actually defeat the purpose of headphones.

I wear headphones as a means of trying to blank the world out, if you wore these you would have a constant stream of people hassling you to comment on your, arguably quite cool, headphones.

They don’t just come in Katana form though, the “Crazy” range also includes an apple with an arrow through it, a mushroom and mini ears. 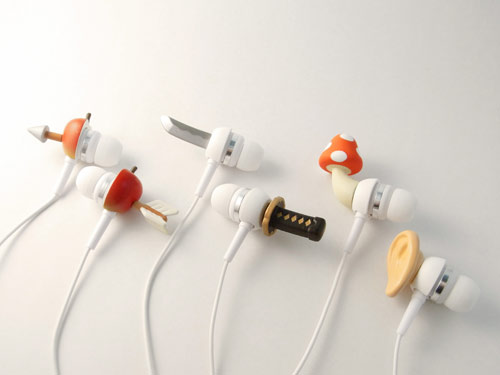 There is also a second set which allows you to have bolts (Called the Franken) a banana, cat’s paws or sushi coming out of your ears… 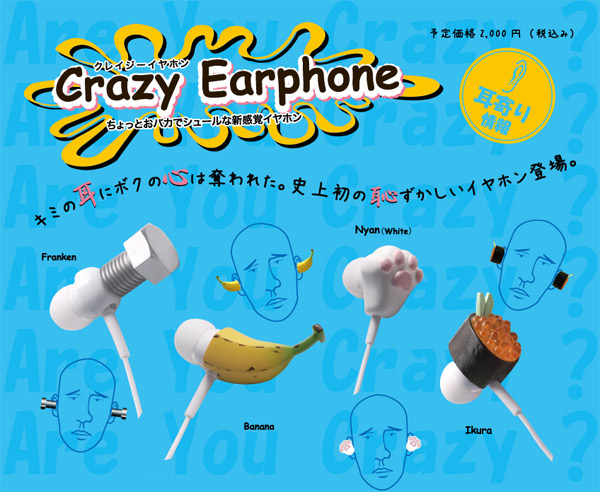