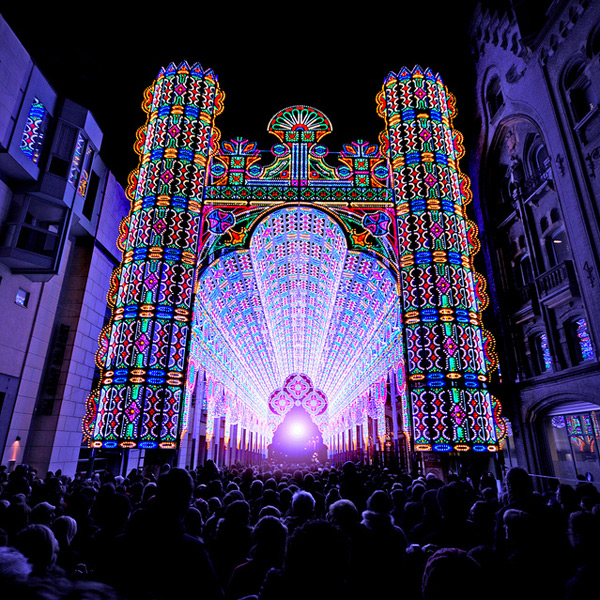 I thought our LED tree was a little excessive, but no apparently for the 2012 Festival of light in Gent they built an entire cathedral out of LEDs! It’s a bit mental. If you told me about this I would have thought it would look really tacky, but from the pictures it quite beautiful. 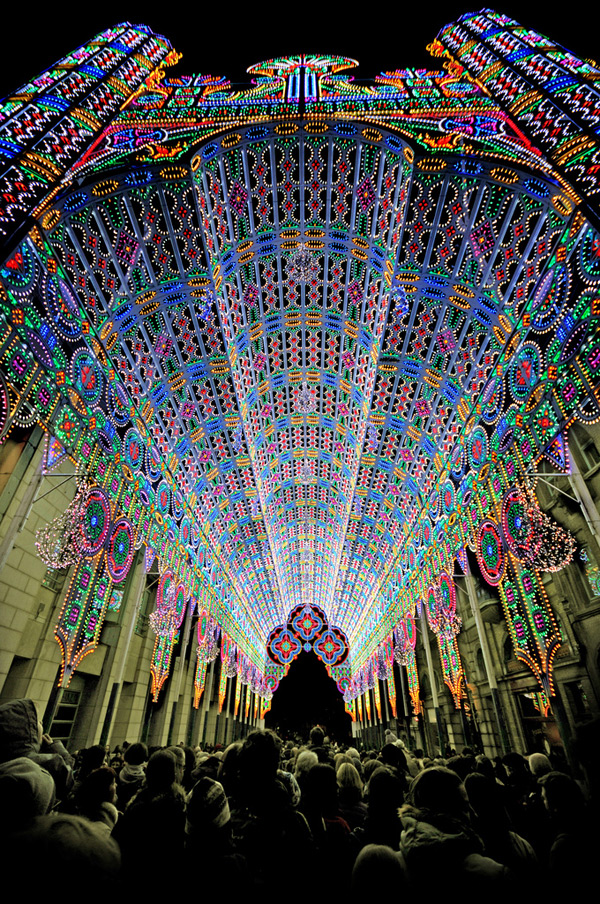 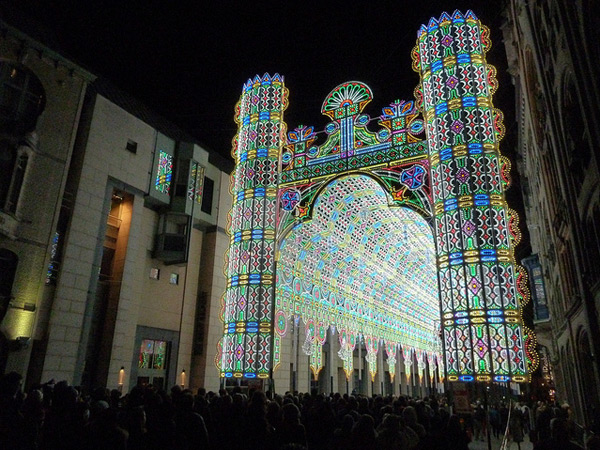 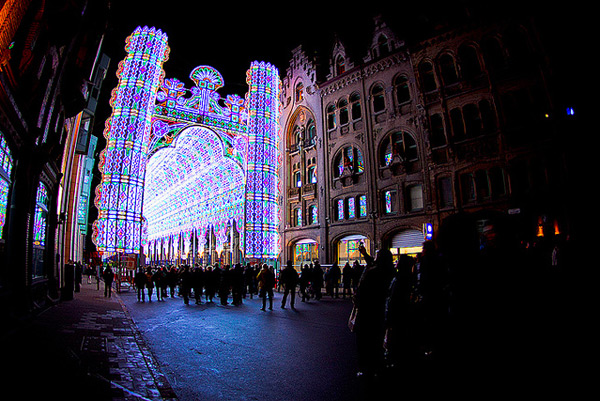 The Luminarie De Cagna is an imposing cathedral-like structure that was recently on display at the 2012 Light Festival in Ghent, Belgium. The festival was host to almost 30 exhibitions including plenty of 3D projection mapping, fields of luminous flowers, and a glowing phone booth aquarium, however with 55,000 LEDs and towering 28 meters high the Luminarie De Cagna seems to have stolen the show. ( via stijn coppens, sacha vanhecke, sector271)