I’ve shared a few of Vi Hart’s videos before, they are a gift to anyone who wants to make math fun because they are fun and about math. She made a documentary with ebstudioslive about how she makes he videos then she made a video about how he made that video, and all her other videos.

I’ve posted a few things by Via Hart before but this video combines two of my passions: Food and origami!

Hexaflexagons are hexagonal folded bits of paper that can be inverted onto themselves to show multiple faces. Watch the video for more information, the reason this phenomenon happens is that the Hexaflexagons are a flattened out folded up Möbius strip. I had a go at this yesterday using patterns I found on the flexagon portal it’s quite simple.

I think these would make for some pretty cool business cards.

Vihart actually posts quite a lot of cool maths related videos, it’s worth checking them out. 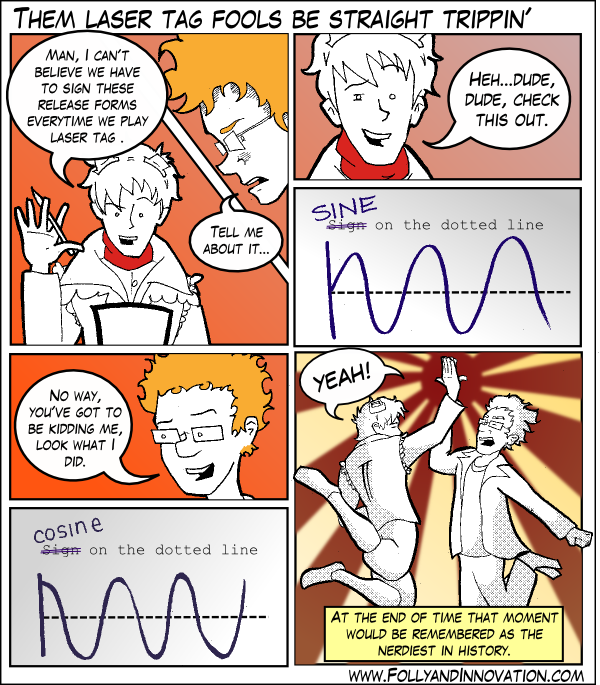 In fact I might change my official signature to be a sine wave. The really funny thing is that they are signing the using a “wave form” get it “wave” “form”! No? not actually funny I guess not.

You probably also don’t find it funny that they are signing up to play Laser Tag and lasers being light are constituted of a wave form. Still not funny? I guess I’ll show myself out…

Via Folly and Innovation 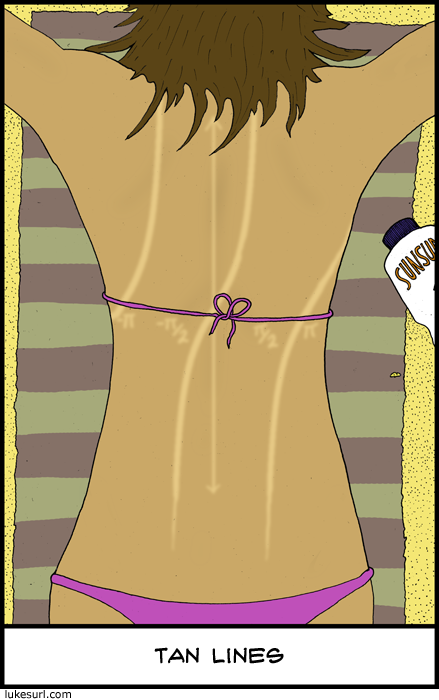 I love a good maths joke… Especially when I understand it…

How can this be? The solution is so surprising, it is difficult, if not impossible to believe that 100% of integers contain the digit three at least once. The simple fact that the number 8, for example, has exactly zero threes in it seems to dispute this.

The percentage of numbers with threes in them rises can be expressed as 1 – (.9)^n, where n is the number of digits. It reaches 99% at about the point where n has 42 digits.

It is interesting to note that there are also an infinite number of integers which do not contain the digit three. The simple progression “1, 11, 111, … ” illustrates this fact.