Apparently in Japan they advertise for recruits to the Special Defense Force (Japan aren’t allowed to have a military due to a clause that was added to their constitution after WWII) using manga. Look at how cute that girl is, she is missing her boyfriend who is away helping people for his country. The above image is from the 2012 campaign below are the 2011 and 2010 posters. 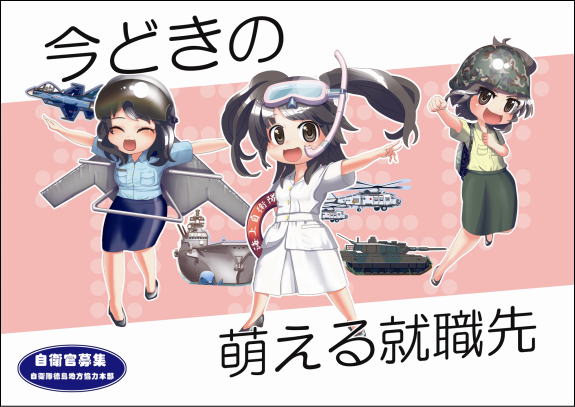