You know what I can’t be arsed with the speculation on the new iPhone, the internet is awash with articles on “What we know” about the next iPhone and it really boils down to nothing. Sure they are pretty sure that the phone is going to be slightly taller and will have a different dock connector, aside from that the articles are filled with waffle.

The frenzy that surrounds this seems to be more aimed at getting page views than actually spreading information though, because none of the articles seems to cover any technical specs, they focus on the leaked case designs and the new port, the rest is drivel. Why bother wasting your time writing about that? Why waste my time making me read it? I’m considering sending invoices to blogs that have long winded articles with no information charging them for the time they wasted.

Wait till it get’s here, it’ll be pretty much the same as before but a little better, that’s what Apple do, consistent incremental innovation, why because change is bad, you likes the old iPhone, you will like the new one that is slightly better, it doesn’t cost them as much to add in features slowly and people will buy it anyway because it has an Apple logo on it.

It’s also safer to be just behind the curve than it is to lead it, the blathering mass of Android phone makers are making phones with every feature they think of  under the sun, releasing new ones on a daily basis, Apple can cherry pick the ideas that seem to work, and ignore the ones that are duds while adding it’s own little fruity twist to the mix to sell super ultra mega awesome phones.

So please just shut up already, it will come out you will think it’s awesome, or you wont, and hundred of thousands of people will buy one. or two. 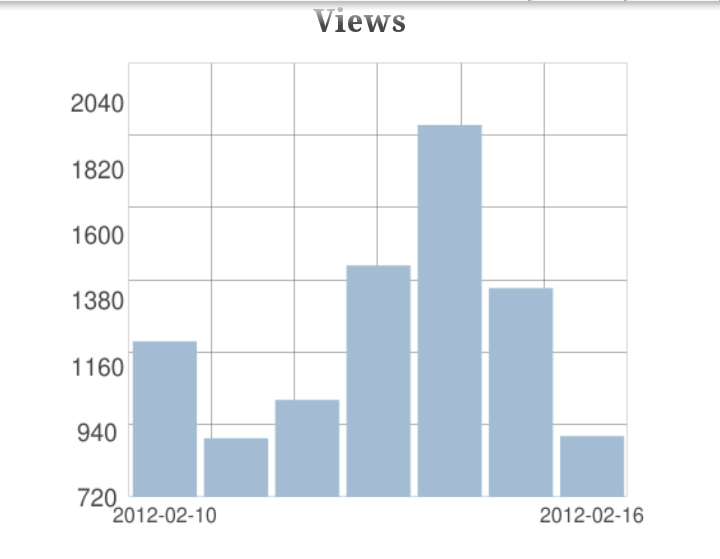 Or does it look like my page views are giving me the finger?
The spike is due to people searching for geeky valentines day cards.