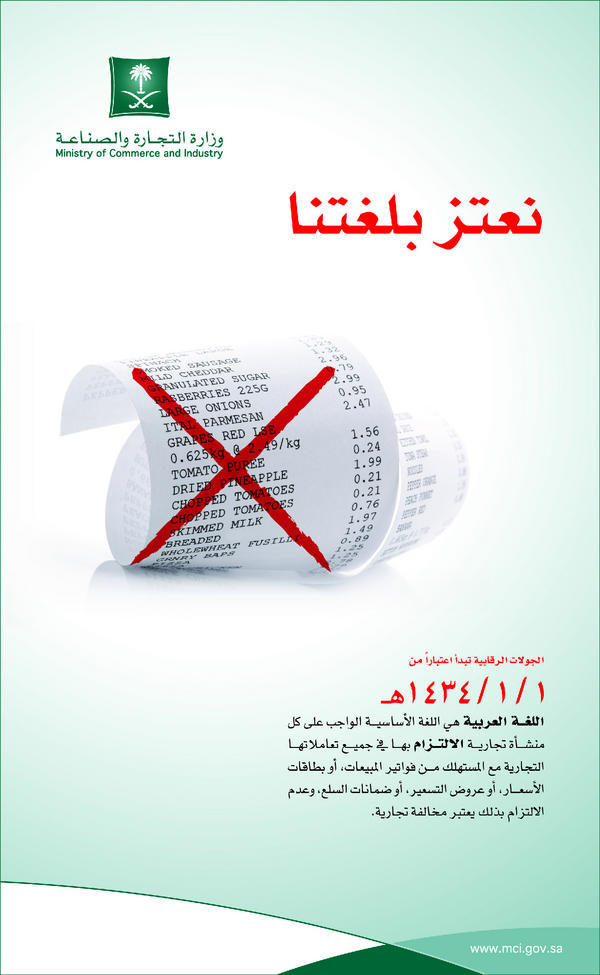 In a move that is probably going to cost Saudi Business millions of Riyals/Dollars, the Saudi Ministry of Commerce and Industry is mandating businesses to use Arabic on receipts, price labels and special offers. Inspections apparently start next week on the first day of the Muslim new year.

I lived in Saudi for 18 years and have visited ever so often over the past 14 years, almost all point of sale and marketing materials are in English over there presumably because the tills and price tag printers are mostly imported from the US or Europe.

It’s fair enough to insist that the major super markets start to phase in Arabic Cash desks that can print receipts, but in a time where everyone is struggling to make ends meet to mandate that every small business needs to essentially replace their point of sale equipment, seems a little silly.

The reasoning behind this is apparently pride in the Arabic language, it being the language of the Quaran, I don’t think it’s going anywhere.

All I have to go by is the above poster, I’ve done a quick check of the ministry’s website (Both Arabic and English) but I can’t find any reference to this. 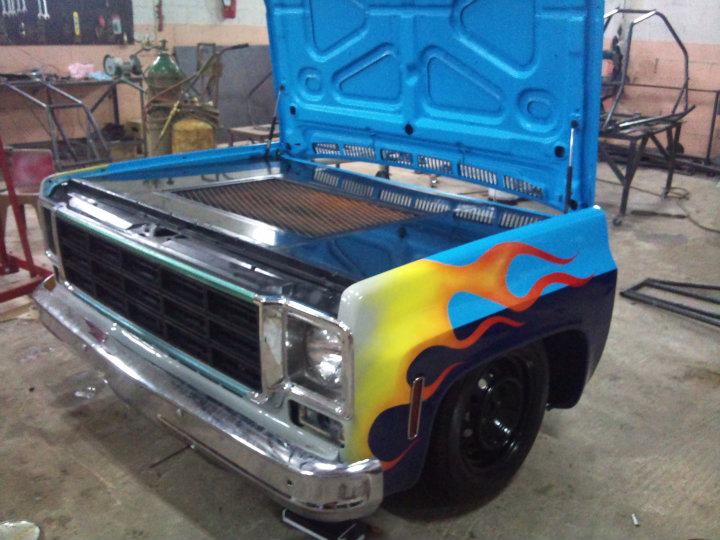 My cousin’s son runs a metal work shop called Radical Motor Sports (FaceBook page) in Saudi and I saw that they had posted this awesome BBQ conversion. They’ve taken the front end of a 1978 GMC pick-up truck and turned it into a sweet looking BBQ.

There are a few more pictures of it and pictures of what it looked like before they started work on it in their gallery. 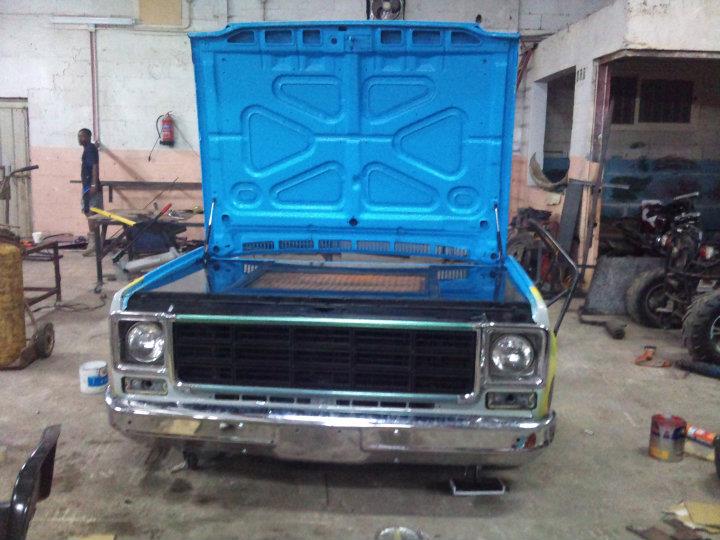 I had an odd dream last night I was travelling to a castle with a group of friends, we were initially just sight seeing but when we got to the castle it turned out there was some government body based there.
I was queueing to get something done in the administrative wing of the castle and there was a woman I tears in front of me. I turned out age had a letter from her estranged husband who was holding her son captive. Each part of the letter was written in a different language including Arabic, Egyptian Hieroglyphics, and Mayan among others.
I helped translate the Arabic which they had made a complete mess of abduction it turned out the boy was being held in Saudi Arabia.
So I offered to put the woman in touch with someone who could help her get her son back.
Weird…

Flying through Saudi Arabia? I know it’s unlikely for most people who read this but if you are you’ll be praying for your flight to be delayed.

I’ve seen this video and had to suffer it now you too must… Apparently in 1992 a Pakistani band were commissioned to write a song for Saudi Arabia’s national day (The 23rd of September). This abomination of a video is apparently the only surviving recording of it… It’s been put on youtube and it looks like it was captured of a seriously screwed video tape.

The Logo in the top left corner is the logo of the state run English television station “Saudi 2”, often referred to as Ghaseb Ithneen, which translates roughly to Forced Two, because it’s the only TV channel you can receive anywhere in the country, this is less the case nowadays due to the wide spread adoption of satellite TV.

Satellite TV is quite controversial in Saudi as there is no control over what is on it, and it’s seen by some to be a corrupting influence on the people. Every now and then some religious leader will put out a fatwa stating that they are an abomination and some crazy people in rural areas will go out and shoot people satellite dishes with shotguns. This doesn’t happen in more westernized areas, my dad for instance has 4 dishes up on the roof…

The lyrics are apparently:

Started with the desert (x2)

Came from the desert (x2)

Life was so difficult nothing in the desert, suddenly with the help of God lfie became much better, proudly attracted by wisdom of the founder (x4)

History to remember desert life was harder, King Saud, Faisal, Khalid and Fahad, together stronger they are the maker (x4)

Make with the desert (x2)

Rise in the desert. divided in th desert, start in September (x4)

“Hey this is the song Saudi Arabia, sing the song with us, HEEEYYY OYEE!!!”, Malik Fahad Bin Abdul-Aziz Al- Sauuuddddd, day by day they build up (x2)

Time to time they prosper (x2)

The flower the water the park in the desert (x4)

Pleasure and prosper with guidance of the leader (x2)

King Fahad King Fahad the leader of the nation (x2)

King Fahad is the thinker (x4)

King Fahad is the leader (x4)