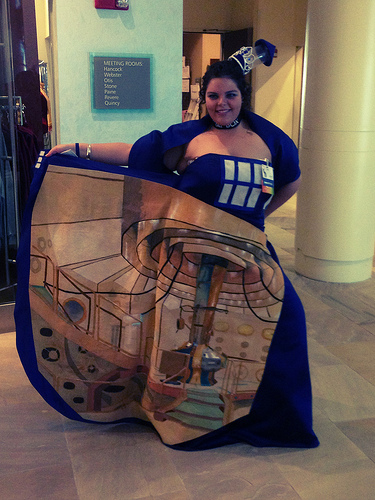 I was sent the above image by @james_a_craig but I’ve not had a chance to hunt down the source, luckilly for me Cory Doctorow from Boing Boing also found it so I haven’t had to hunt it down.

The girl modeling the dress has her own Facebook page as Tardis Princess and the photographer resposible is jere7my thor?rpe.

Here is another picture of it closed over: 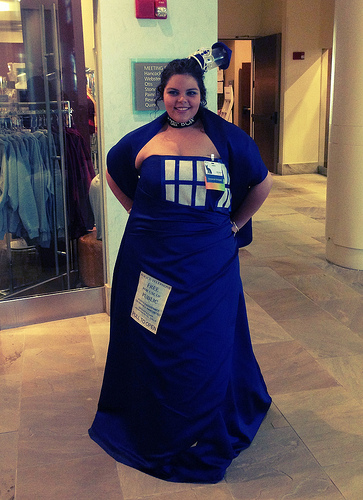 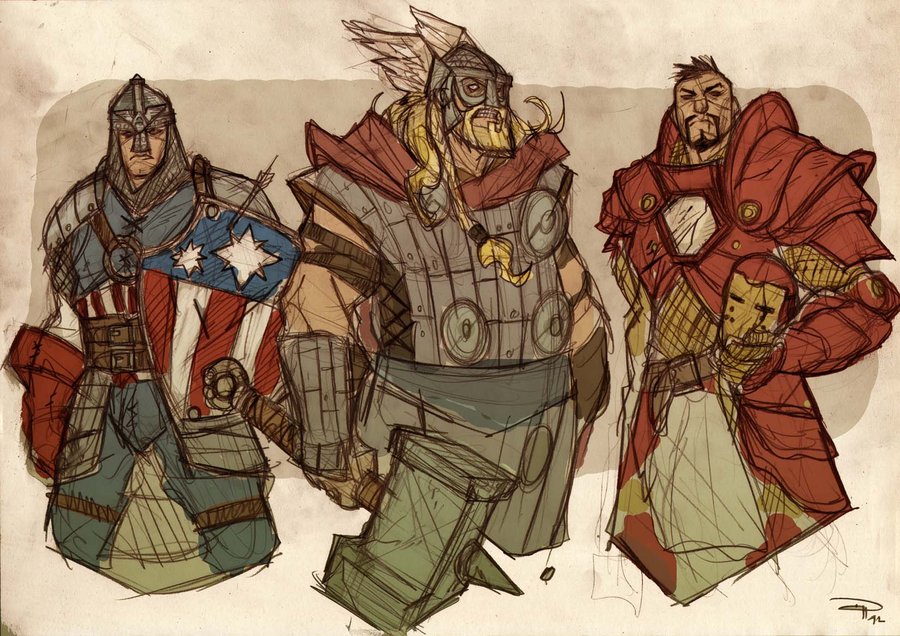 What if you took the avengers and sent them back into a fantasy universe? Maybe they would look something like DeviantArt user DenisM79‘s sketches?

It’s worth looking through his gallery as he has also done Rockabilly redesigns of Cat Woman and Bat Man. 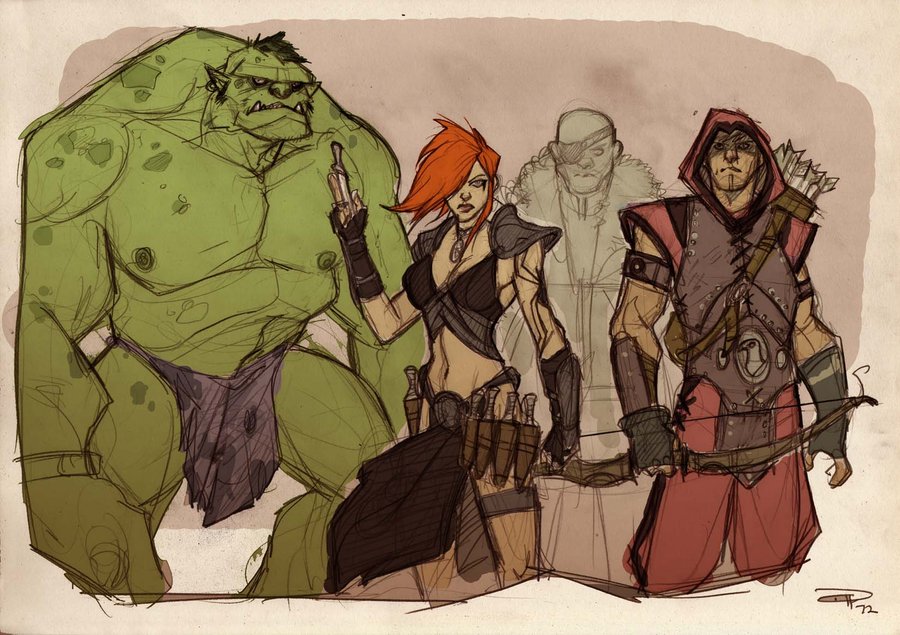 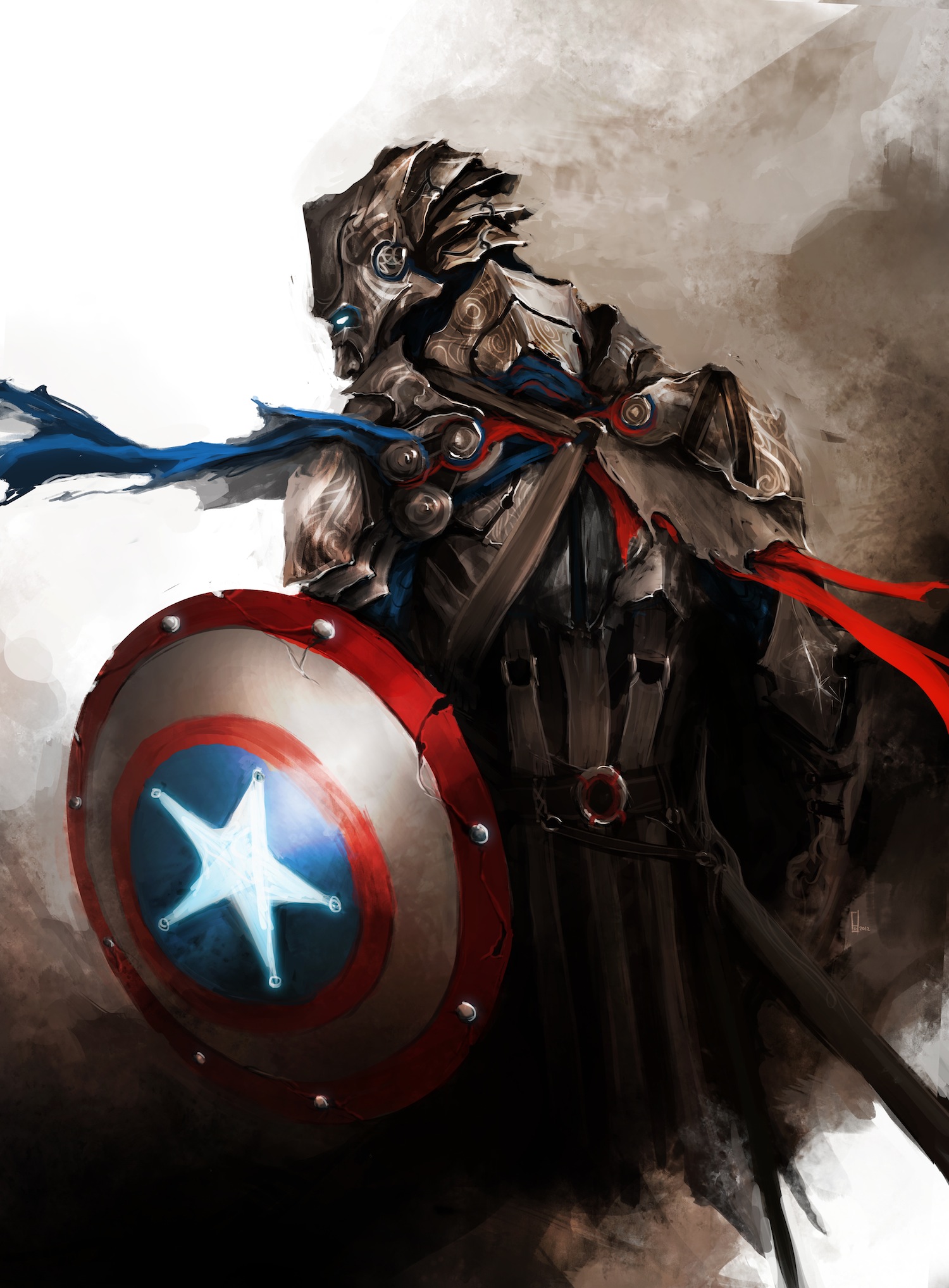 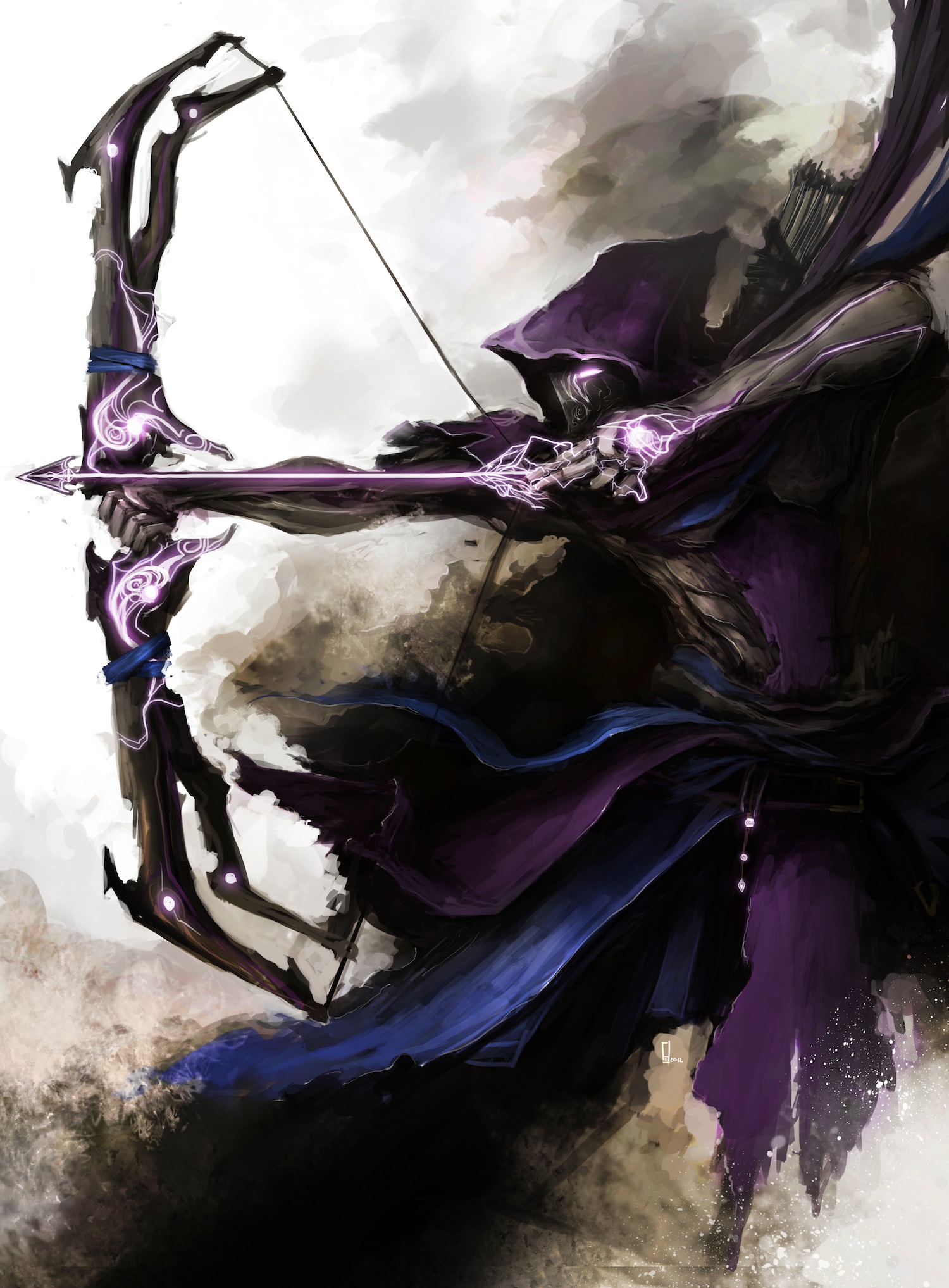 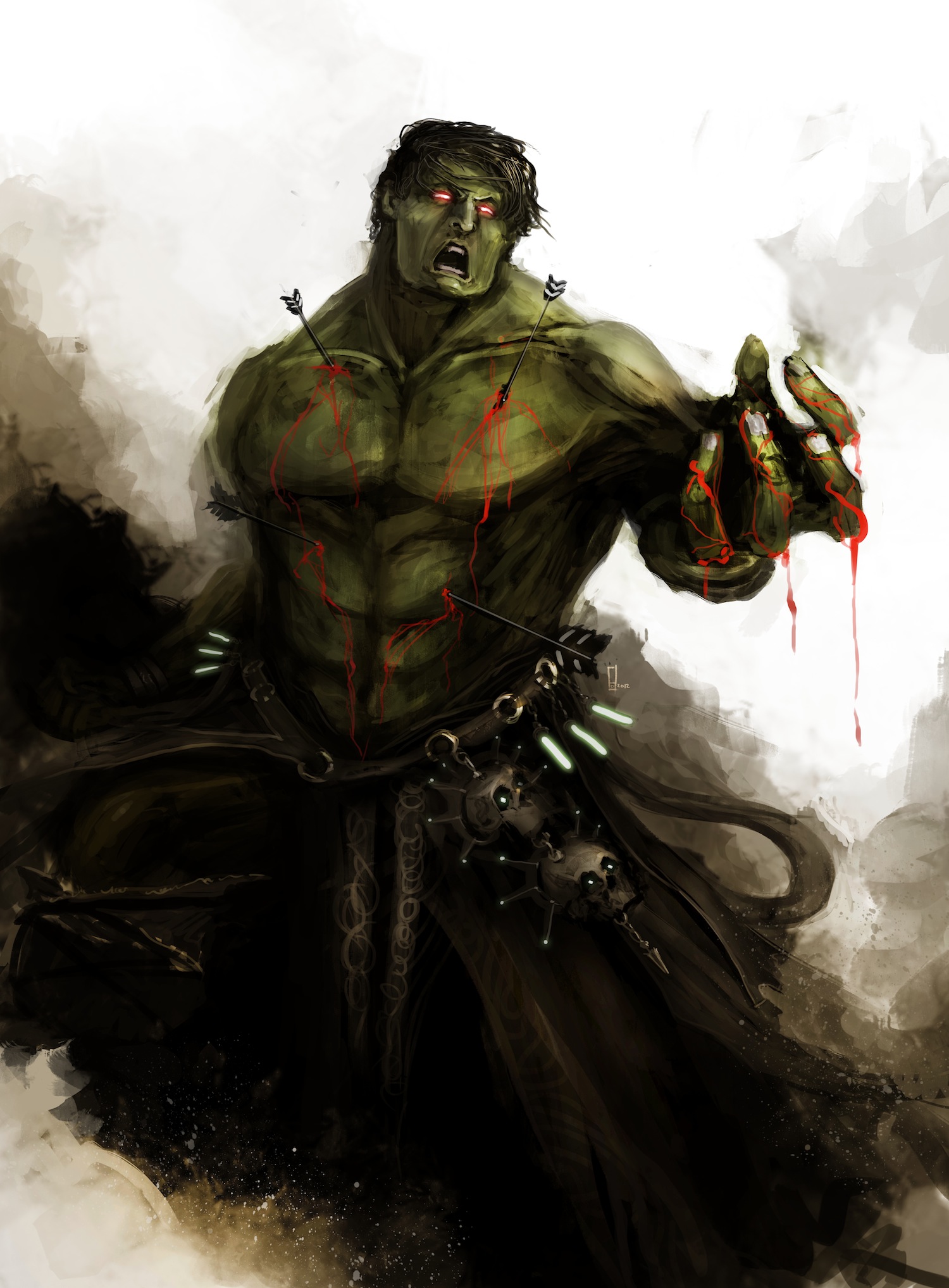 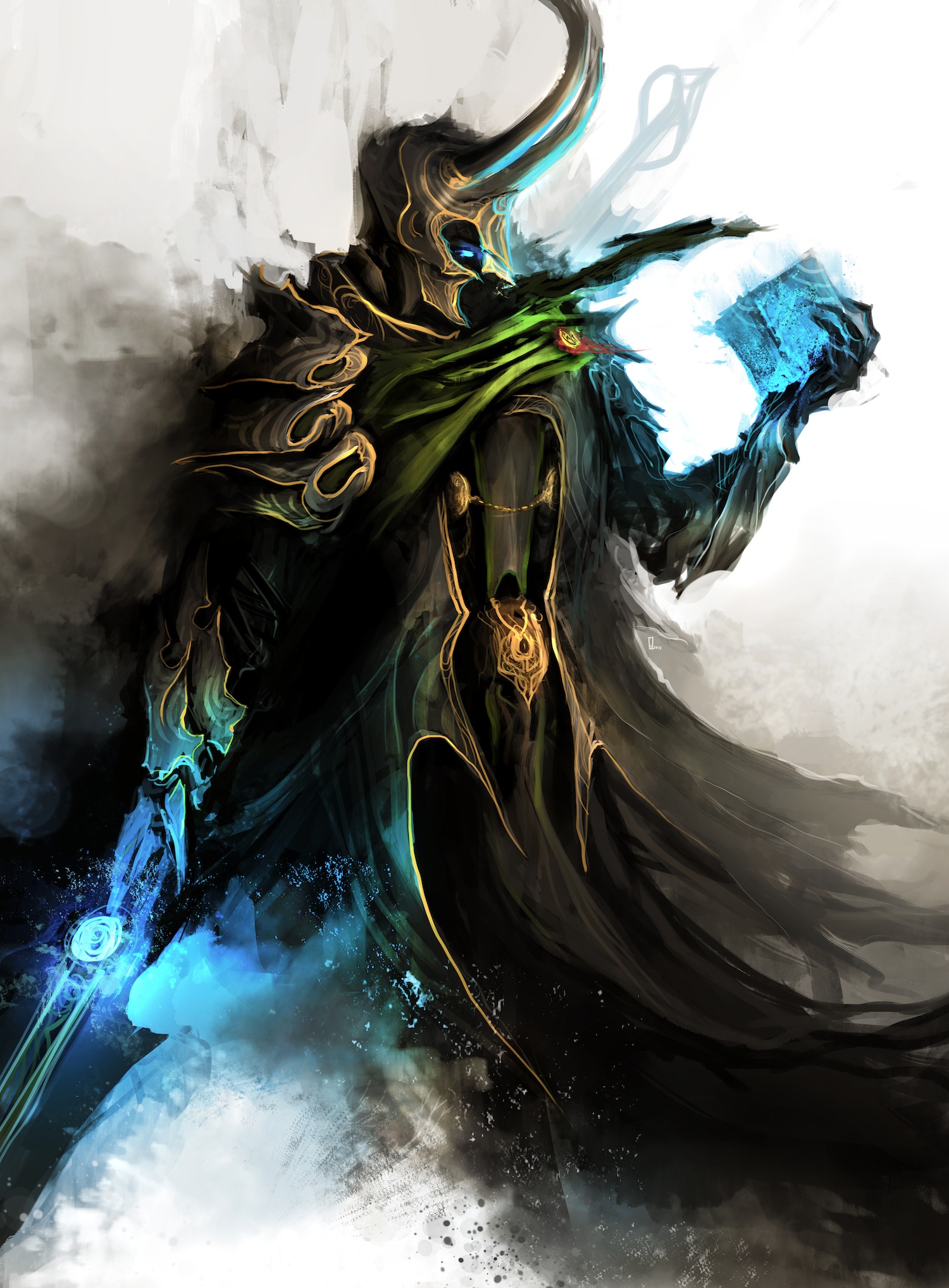 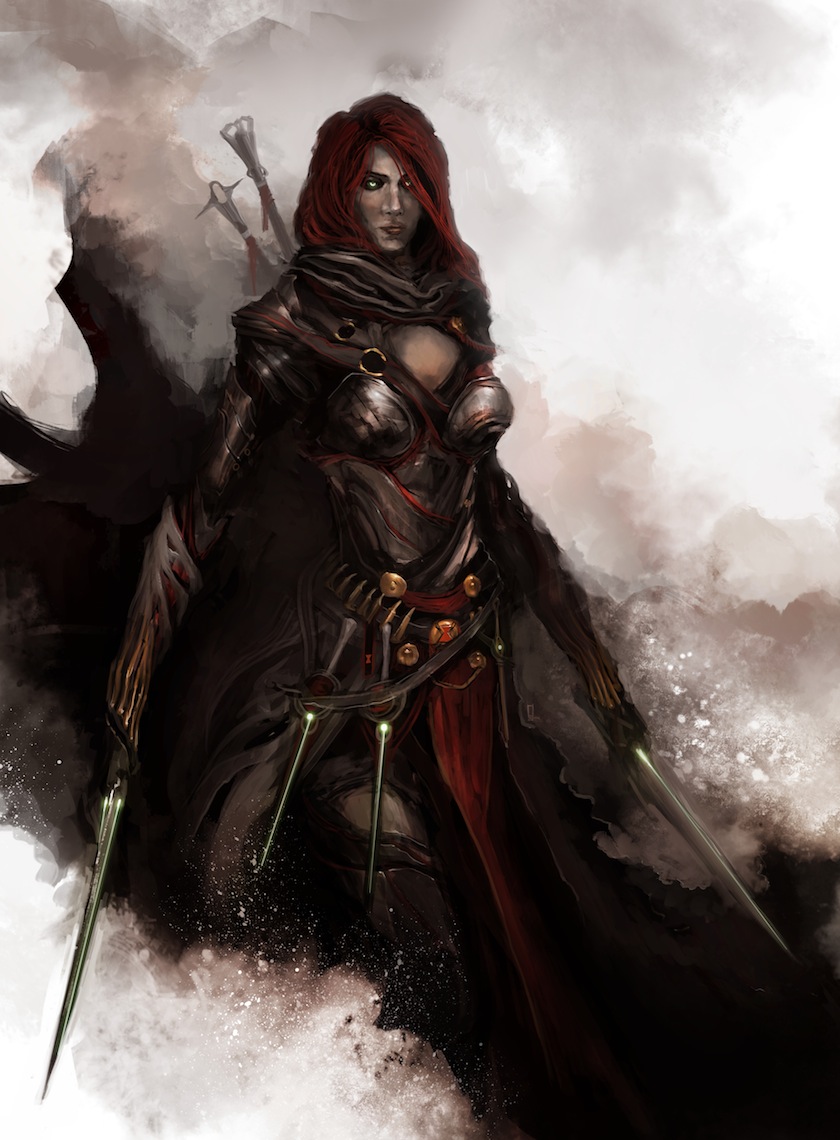 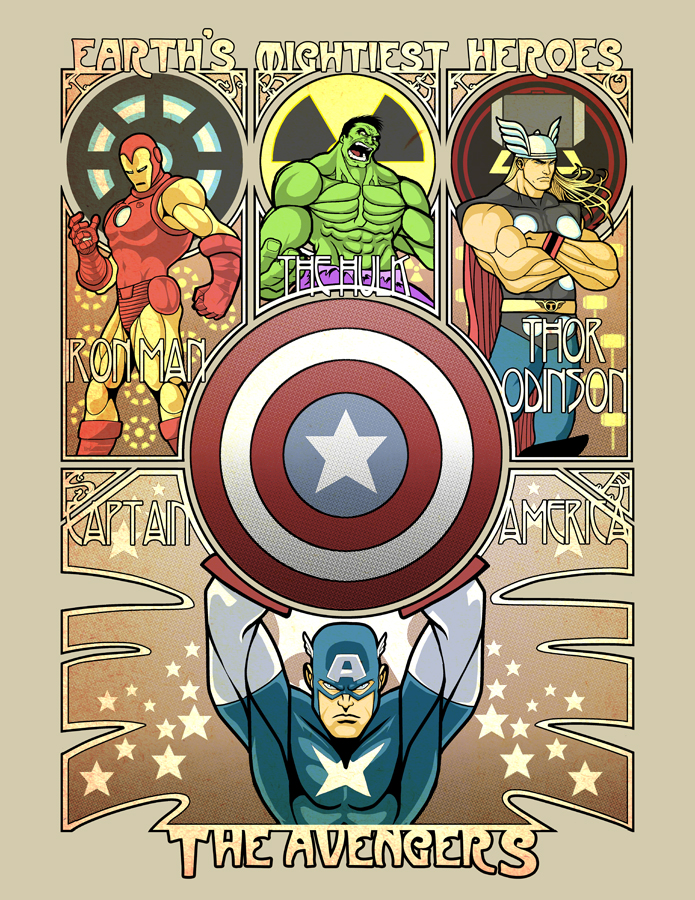 Woo more Art Nouveau by *ninjaink, this one entitled Avengers Nouveau. Well it’s for 4 of the Avengers in it so that’s understandable, Notably the four who have had their own movies, made recently, nobody ever has any time for Ant Man 🙁 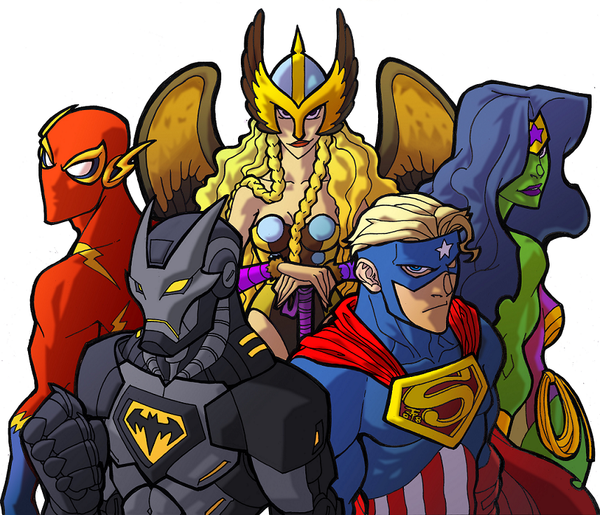 It took some crazy Google-fu to find the source of these images by Deviant Art user ~nomorepalo.

The above image is a mash up of the Avengers and the Justice League:

PRESENTING: The Avenging League of America!

Speederman (flash/spiderman) – 22 years old Peter Pecker was bitten by a lightning charged super spider giving him the ability to do spider stuffs… quickly….

Iron Bat (Ironman/Batman) – Multimillionaire superhero by day and super gigolo at night (hence the name Iron Bat). Bruise Vain gets all the bad guys and all the ladies.

And below some Villainous Mashups, while I think the pairing are spot on for the heros I’m not sure about all the villains: 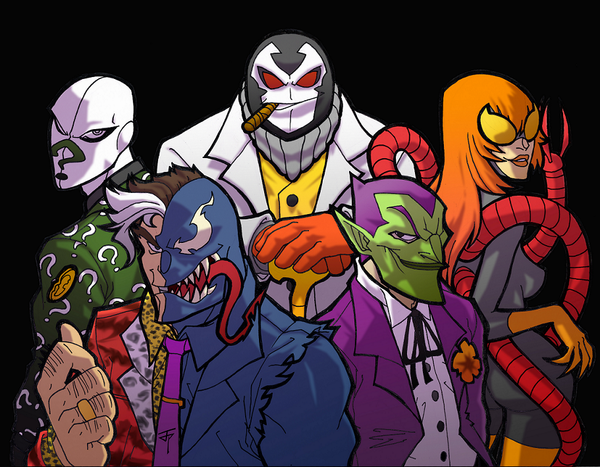 PRESENTING! The Super Enemies of America!

The Grin Goblin (Green Goblin/The Joker) – A mobster who fell in a vat of magic potion which gave him severe acne. To avoid being ridiculed by his peers, he wears an equally ugly mask of a goblin.